Ron Blicq held his map on his knees and furiously plotted points, as the pilot in the seat ahead zipped over the European countryside. He was a navigator. It was up to him to keep the airplane — be it the bulky Lancaster, the smaller Avro Anson or the low-flying Mosquito bomber — on course and get everyone home.

Blicq was born in 1925 in Guernsey, an English island off the French coast. At 15, while the Nazi blitzkrieg stormed into France toward Geurnsey, he and his two brothers crammed into a Dutch cargo boat with hundreds of other local children. They later reunited with their parents and sailed — Winnipeg-bound — to Canada.

This was first "incursion" into Blicq’s life, to quote a memoir he wrote in a retirement home, at age 96. Blicq died May 28.

This was his word for events that changed the direction of his "essentially happy and definitely interesting life." He chose it, at least in part, because it implied something lost, something plotted, to which it’s impossible to return.

Another incursion was meeting his first wife, Irene, a young nursery nurse who he married in 1951, and with whom he’d have two children, Andy and Ian. Yet another was her death of cancer in 1956.

From the last years of the Second World War to shortly after his wife’s death, Blicq was a navigator. He joined the war effort when he turned 18, and flew in the Royal Canadian Air Force. After the fighting ended, he returned briefly to civilian life, but found it intolerably boring and enlisted in Britain’s Royal Air Force.

When Irene died, Blicq wrote, it became clear life as a navigator was "too dangerous for me to guarantee the boys would have a permanent single parent." He resigned his permanent commission and once again left England for Winnipeg.

"He truly loved flying. That was his calling, and he had to give that up for us. He had to give it up and change his life again," says Andy Blicq. "And that was sort of the story of his life: outside forces swept him along, but he managed to transcend that."

Blicq embraced the role of raising children alone, at a time when single fatherhood shocked his sons’ classmates. A second marriage years later resulted in the birth of daughter Alison and also divorce. Blicq took custody after the split.

"He was a tremendous support," said Andy. "He has been for all of us… He was always there to support, to provide advice in a kind of unfettered way. He never put his spin on; he just listened and gave us feedback on what we’re doing with our lives."

Upon arrival at his parents’ home in Winnipeg, Blicq ran into a problem. He needed a job, and he had no idea what use his 15 years of air force training could be. Luckily, he came across an advertisement in the Winnipeg Free Press from CAE Aviation seeking a technical editor.

"Nobody I talked to had any idea what a technical editor was, so I decided to find out by simply walking in and applying for the job," wrote Blicq.

As it turned out, he’d be converting engineers’ reports and technical proposals on radar and communications systems into more easily consumable documents for Canadian and U.S. defence headquarters. Luckily for Blicq, he once occupied a post in the air force rewriting training instructors’ notes into standardized manuals.

He sharpened his writing skills for 10 years at the company before becoming an instructor at Red River College in 1967. He taught technical writing, primarily to students in engineering and the sciences.

Shortly into his professorial career, Blicq found the course lacking. No problem — he’d simply change everything about it.

"This young student, just two or three weeks in, says: ‘Mr. Blicq, what does past participles and the Oxford comma have to do with what I’m going to do as an engineer?’" says friend Lisa Moretto. "Ron looked at him and he says: ‘Absolutely nothing.’"

Blicq went to the faculty chairman, convinced him to put the course on a two-week hiatus, and got to work. When he returned to class, he had developed a new curriculum and a "pyramid method" specifically for technical writing.

As there were no books on the subject at the time, according to Blicq, he typed up notes for his students. Those notes, after ending up under the nose of a textbook publisher, became Technically-Write!, a textbook now in its eighth edition 40 years later.

Blicq wrote five other textbooks as part of a career the Institute of Electrical and Electronics Engineers honours each year by awarding the Ronald S. Blicq Award to recognize "innovative educators who have influenced the ways that technical communication is taught."

After 23 years, Blicq retired. "But not for me the kind of retirement during which one puts one’s feet up, reads the paper, and watches television all day," he wrote.

He started writing plays and novels; he met Moretto, 40 years his junior, with whom he ran workshops on technical writing.

Years later, Blicq was 86 and starting to slow down. But he was not a man to bend to age; he needed an incursion. He told Moretto: "You’re going to have to be the one to tell me when it’s time, because I won’t know and I won’t want to."

Even then, he didn’t like to hear it when she told him, Moretto says. He did listen, however; their bond was too strong to ignore.

"I’ve told Andy this before — since he passed — there were no unsaid words between me and Ron… I know more about his family than they know that I know," Moretto says with a chuckle.

He wrote six books (novels, memoirs, short stories) and five plays in that time. His play Closure had stints in theatres in Canada and Australia. It and another play were adapted into independent films.

"He’s a model for how we should all age, if you’ve got your health," says Andy. "He never stopped trying something new and engaging with life."

In Blicq’s final memoir, addressed to his three children, his sentences stride forward purposefully but not hastily. The writing compared quite well to a letter he wrote in younger days.

It was addressed to his parents, and he wrote it as he flew over the Indian Ocean.

"This morning I saw a most beautiful sunrise, just after we had become airborne and had turned onto an easterly course. As we climbed I could see a layer of small cloud fragments high up, another layer at about our level, and small pieces of fog lingering among the pals on the ground. The sun was behind the middle layer, turning the edges of the clouds to gold. The mist on the ground was edged a bright rose colour, with the mountains of Ceylon a deep mauve above and in front of us. And above it all the sky was a glorious blue with golden flecks where the fragments of cloud lay. It lasted for no longer than a minute, then we climbed too high and the scene disappeared." 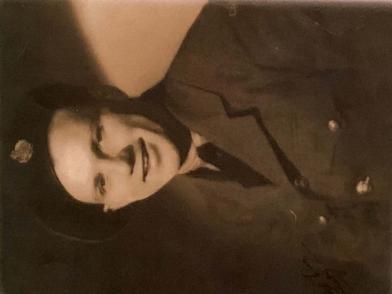 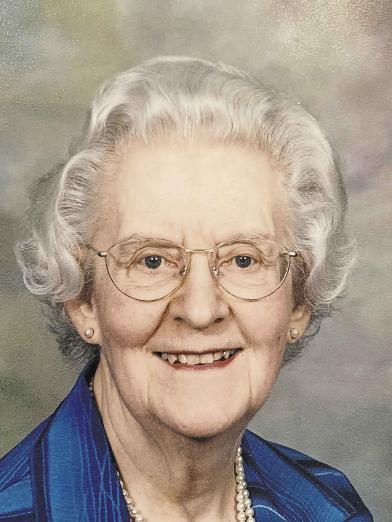