From dodging bombs in WWII London to hopping into sports cars and pioneering early childhood eduction, Joyce Taylor remained ‘open to anything’

She was barely five feet tall, at least 90 years old and hopping over the door of a sporty MG, excited for a fast drive in her son-in-law’s new ride.

Joyce Taylor’s family was unsurprised: this was the woman who learned tennis at 80, conquered waterskiing after 40 and kept her cartwheels in good form even as her hair greyed.

Some knew her as the creator of Balmoral Hall’s junior kindergarten program. To others, she was a friend from tap-dancing class or a treasurer on their condo’s board.

“She remained sort of open to anything,” said Jay Taylor, one of Joyce’s four children.

He said she spoke the Queen’s English. She was, after all, from London.

Taylor’s mother died in 1927, when Taylor — then a Spooner — was four years old. She was brought up by maiden aunts — who would give her boiled potatoes for lunch — and later, by her grandmother.

“Cuter uniforms” led Taylor to accept a spot at Raine’s Foundation School — she was offered several scholarships, including one specifically for the uniforms, according to Jill Taylor-Brown, another of Taylor’s offspring.

“We always knew she was very bright,” Taylor-Brown said.

And so, Taylor learned and played in London’s East End. She moved out with a friend by 16 years old; both grew familiar with sirens and the nearby bomb shelter.

“When she talked about (living during the Second World War), she was nonchalant,” Jay said. “I guess it was just part of everybody’s fabric of life.”

However, one moment shook Taylor, her family said.

“She and her girlfriend had hung out their undies in the window to dry, and then when the bomb went off, they evacuated,” Taylor-Brown said. “What they were most worried about was that people would see all their underwear in the street.”

A neighbour reprimanded them for stressing about trivial things when there was a bomb shelter to get to. Taylor’s children don’t know if anyone found the knickers.

Taylor’s family home was bombed and destroyed. She eventually migrated to Reading, just west of London, to continue her work as a civil servant in safer territory.

Then, she met Richard Taylor.

The Royal Air Force pilot split his time between England — his home — and Canada, where he trained young men to fly planes.

The two married and had their first child, Janet. But there was a lack of jobs and housing in England, so they moved to Canada, Taylor-Brown said. Richard had an uncle overseas, and he figured he could score a job as a heating engineer.

Dame Gracie Fields’ sister was a passenger on their departure ship, Taylor-Brown said. So, the famous singer crooned a melody from the dock as the boat left England, she said.

Richard got a job — in refrigeration, not heating — and the couple settled in Riverview. Taylor stayed home and raised her children, sewing their clothes and shuttling them to various classes.

“We have some nice home movies where she’s looking very elegant in a dress with a big white collar and hat she would’ve made herself, parading down the sidewalk with us in our little dresses,” said Jackie McGowan, Taylor’s third child.

Taylor volunteered at a nursery school, which led her to pursue a college education in childcare.

“I think she was really fascinated by how kids learned,” Taylor-Brown said. “(She) really believed in play as a way of learning.”

Taylor joined Balmoral Hall in 1968. She worked as a kindergarten teacher and created a program for four-year-olds, now known as the school’s junior kindergarten year.

“I just remember her coming home from work, and the pots (were) going on the stove and (she’d be) reading the newspaper,” Taylor-Brown said, adding Taylor often read kneeling on the ground.

Over 1,000 students have passed through Balmoral Hall’s junior kindergarten program since its start in the late 1960s, according to Jennifer Pawluk, the girls’ school’s communications specialist.

Taylor continued to play when she left Balmoral Hall in 1982. She and Richard moved to a farmhouse in Hadashville, where “they kind of went back to the land,” McGowan said.

They had a composting toilet, a wood-heating sauna, large gardens and a loom. Richard grew a beard; his wife learned to can. They cross-country skied and she substitute taught in nearby Elma.

“She grew up in the East End of London… (a) metropolitan young woman, and now she is on the land with basically no running water,” Taylor-Brown said.

The mosquitoes eventually sent them packing to British Columbia, where they lived for 31 years. They’d travel, practise tai chi, hike.

“She was always doing something, so you kind of learned through osmosis,” McGowan said. “I… hope that we’ve passed that on to our kids.”

Taylor moved back to Winnipeg in 2018. She lived to 99 years old. Last summer, she was vibrantly reciting poetry she’d written in a family cabin. A fall after playing ping-pong in her seniors home last September led to her gradual decline.

“She would always say, ‘I had a wonderful, wonderful life,’” Taylor-Brown said, noting her mother endured many struggles, including her daughter Janet’s death.

“You don’t dwell on the negative,” she said. “You just keep living and carry on and look for the good things.”

Taylor chose a medically assisted death, surrounded by family, on Feb. 22. She said goodbye to her grandchildren and great-grandchildren before, handing each a letter with her farewells. 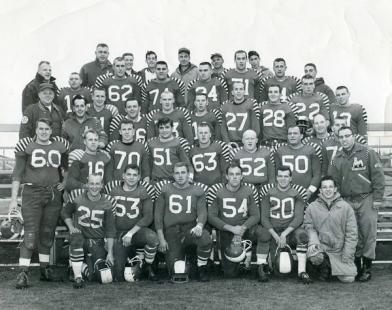