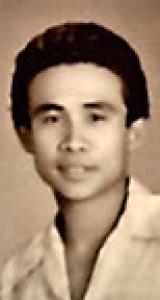 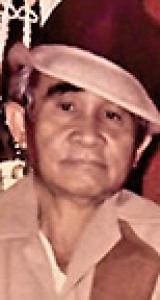 To our beloved father and grandfather, Rufino Salcon Sr. known as "Mang Pinong" to all. He was a street-smart kid who worked as a shoeshine boy, sold cigarettes, and errand boy to wealthy Chinese businessmen prior to the Second World War, at an early age to support and help his family of eight sisters and his widowed mother.
During the Second World War, Rufino was caught and tortured by the Japanese, worked with the guerilla movement and eventually joined the U.S. Army. Although he did not finish elementary education, after the war he eventually worked with Firestone Company and rose to become a supervisor and a union founder.
Rufino set up his own business from his savings and raised six children who all had good educations. A very unselfish man who would give his last money and resources to help someone in need. The one thing I remember him saying is "Don't be "madamot" stingy in giving to others, especially food".
Rest in Peace "Tatay" we loved you so much and appreciated everything that you made us into. You will live in us forever, your beloved children, grandkids and great-grandkids.
As per Rufino's wishes, cremation has taken place and a private service will be held.