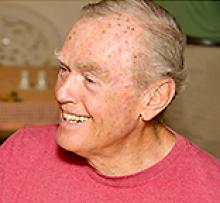 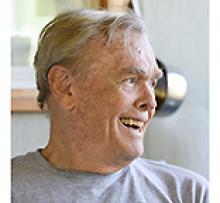 Sadly, we announce the death of Peter Campbell on December 16, 2019.
Peter was predeceased by his parents, Duncan and Jean (Boardman); his fiancée of 33 years, Mary Currie; his brother Bruce; his sister Gail; sisters-in-law, Louise, Marilyn, and Judy and her daughter Cindy. He is survived by his partner Kate Stephens; twin brother, Blair (Georgie Lee); his big brother Jim, and too many fast friends to name. Although he had no children of his own, Peter was especially proud of his nieces and nephews, whose families will carry his legacy well into the future: Gail's children, Jim (Christine) and Fred (Liz) Prendergast; Blair's children, Heather and Brenda (Kip) Campbell; and the four stepnieces/nephews (Cindy, John (Patti), Brad (Linda) and Heather (Dean)) that Judy Sinclair brought when she married his brother Jim in 1989.
Born in Hamilton on August 4, 1943, his family returned home to Winnipeg (Yale Avenue) in 1948, moving to Fort Garry (South Drive, then Manchester Boulevard) in 1954, where Peter eventually attended Viscount Alexander High School, becoming fascinated with mechanical devices, and launching his longest love affair when he bought his first motorcycle in 1964!
Leaving high school to work as a mechanic in 1962, Peter found his true calling as a motorcycle cop in 1967. In those days, he rode year round! Eventually, the force phased motorcycles out, but Peter maintained his own fleet of bikes until his passing. Peter knew hundreds of jokes and saw the humour in every situation. With his deep sense of integrity and compassion, Peter flourished in the service, advancing to the rank of Sergeant, and receiving the Exemplary Service Medal upon his retirement in January, 1993. His 25 years with the Winnipeg Police Service cultivated his sense of humour, further honed at a number of "drinking holes" including the Roblin Hotel, and ANAVETs Assiniboia Unit #283.
Peter was retired longer than he worked, and he made the most of this by certifying as Harley Davidson Technician at GPRC in Fairview, AB; joining the Masons, then the Khartum Shrine's Cycle Escort; with summers at the family cottage on Fox Lake, ON; and winters in La Feria, TX.
Losing his beloved Mary in 2004, Peter's massive heart had plenty of room to find true love again. It took a few years, but he reconnected with his dear Kate at a high school reunion in 2010, and they soon became life partners. Kate opened Peter's eyes to culture, and the broader world, through numerous tours and cruises, their favourite being to Egypt and Jordan. Ancient projects in Peter's home (St. James) were completed, and he transitioned to summering at Kate's Camp at Stephensons Point on Lake Winnipeg, and wintering at her park home in Mesa.
Peter didn't reveal his thoughts easily, but in his final days, he allowed how blessed he had been in his career, in love and life. Peter lived life large, offering a hand wherever it was required. He could never be constrained to a bed, so we are grateful to Dr. Wong's team at CancerCare Manitoba for protecting his freedom in recent years. When the time came, it did so quickly, and we thank all that cared for Peter at HSC, and in the Palliative Care Unit at Riverview. Donations in Peter's memory may be made to the CancerCare Manitoba Foundation.
A memorial service is being planned for May, 2020.


Peter Campbell passed away peacefully at the Riverview Health Centre on December 16, 2019, at the age of 76.
A longer obituary will follow.