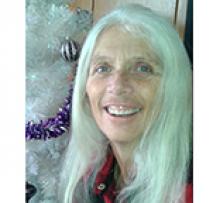 Carol passed away peacefully at Boyne Lodge Care Home, after a lengthy illness.
Carol is survived by four children: daughters, Crystal (Brian) Kubas, Amber (Shaun) Kubas; son Sean Kubas; stepdaughter Melanie Kubas; and two grandchildren, Emily and Kai. Carol is also survived by her sister Joy Sonnichsen; brothers, Gordon (Deb), Allen (Joan), Ken (Joan) and Blair (Vicki) Sonnichsen. Also many nieces and nephews.
Carol is predeceased by her stepson Ryan Kubas; her parents, Helmut and Gertrude Sonnichsen.
Carol was born and raised in Headingley, MB. She graduated from St. James Collegiate where she participated in many sports activities. Carol lived, worked and raised her children in Headingley.
She was kindhearted and gifted in so many ways. She was a dedicated Mom driving her kids to hockey, singing, Brownies or whereever their interests took them. She loved her community and invested herself in her neighbourhood, donating her time to lunch programs, canteen shifts, or lifeguarding the neighbourhood kids as they enjoyed a swim in her pool.
Her life was too short but her influence immeasurable.
A celebration of her life will be held on January 24, 2020, at 1:30 p.m., at the Headingley Hall, 5353 Portage Ave.