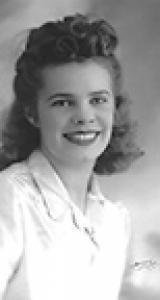 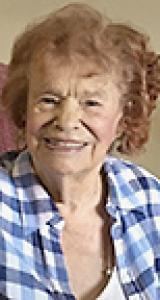 It is with sadness and sorrow that we announce the passing of our dear Mom, Iva at her residence in Lindenwood Manor in Winnipeg, December 8, 2020. Mom will be greatly missed by all who knew her and especially her children Ray, Lynne (Al), Dale, Lori (Raymond), Barb, (Chris) and grandchildren, Shannon (Michel), Marni (Zoli), Curtis (Theresa), Eric (Yuko), Dana (Javier), Brittany, Nick, Jocelyn (Kent), Alec and Kris: great-grand children Kaylei, David, Julia, Tommy, Erik, Anna, Christopher, Michael, Lucas and Clara.
Iva was predeceased by her husband Earle, parents Velma and Charles Nordquist, brothers Elmer, Raymond, Melvin, Hugh and sister Gladys, and grandson Kelsey.
Mom was born in 1918 in Miami, Manitoba and received her early education at Mountain Glen School located in the picturesque Pembina Hills west of town. She was well acquainted with hardships in the 1930s and the war years. In the early 1940s Iva would meet Earle and they would become the love of each others lives and marry in 1946. She would prove to be a very capable partner and support on the farm and later in retirement. All her children knew they were loved and they also knew that their father Earle cherished his wife. Seldom if ever did one hear criticism or a discouraging word from our Mom. She had a beautiful, big and ready smile.
With Earle would come curling, golfing, the game of bridge, dancing and 30 years of farming. She dedicated 50 years to the Kilmory Good Deed Club and was an active member of the Kinsmen Club. She was also very involved in her children's activities such as various sporting, musical, 4H and community events.
There is an expression, "You only live once, however if you dance, once is enough." And it is through dancing, that mom met Earle. Iva and Earle danced and then danced some more, through their entire married life. There were many years of round and square dancing in Carman and surrounding communities, culminating with another 20 years in Mesa, Arizona in the winter months.
After her children and family her biggest passion was gardening. Her love of gardening continued until health conditions interfered. She gardened right up until her 95th birthday, where she tended the front bed at Lindenwood Manor. She was most at home in the garden and in the country and her move to the city at age 89 was a practical consideration.
Mom spent nearly 13 happy years at Lindenwood Manor. At the height of the pandemic, mom expressed "They take really good care of me here. Don't worry about me, I'm just fine." The family would like to thank the staff at Lindenwood manor for the compassionate care given over the years. The manor went the extra mile for Mom and her family.
Private memorial service will be held at Doyle's Funeral Home with interment in Greenwood Cemetery, Carman.
In lieu of flowers, donations can be made to the charity of your choice.