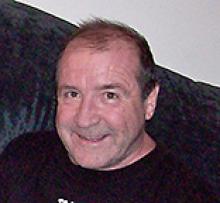 Peacefully at home as he wished, with his wife, daughter and sister by his side, Terry Scales, passed away Sunday, January 3, 2021, at the age of 66 years.
Terry was predeceased by his parents, Len and Vicky Scales. He will be lovingly remembered by his wife Judy, of 46 years, their daughter Crystal (Cory) Morin, granddaughters, Chelsey and Chloe, his brother Larry (Lynn), and his sister Debbie (Kyle).
Terry's girls were his world as well as his son-in-law who he proudly referred to as his son. He loved spending time at the pool and sunbathing. His years of work at Temro brought him joy and great friendships which created the KP Boys Golf Group. He looked forward to those Saturday mornings. His other passion was fishing. He had one last outing to his favourite spot with Cory and friends. Terry was such a strong fighter through all his medical conditions.
As per Terry's wish, cremation has taken place and there will be no formal service held.
A heartfelt thanks to our family, friends and great neighbours for all their support. A special thanks to Dr. Marilyn Singer, Judy and Sherry, as well as the staff at Palliative Care.
In lieu of flowers, donations may be made in memory of Terry to the scholarship fund for his granddaughters at: