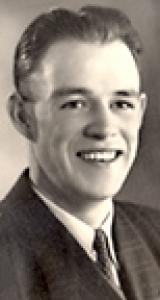 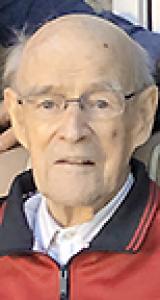 It is with saddened hearts we share that Philip Grant passed away peacefully into the loving arms of our Lord on Ash Wednesday, February 17, 2021, with family by his side.
He will be lovingly remembered by his wife, Elsie, of 66 years; children, Daniel (Katherine), Stephen, Maggie (Jim), Eileen (Jay); grandchildren, Erica (Joey), Ian (Lea), Deanna, Matthew, Bryn and Colin; great-grandchild, Theo; brother, Neil and family in Canada and sister, Peggy in Ireland, along with many other relatives in Ireland.
Philip was predeceased by his father, William and mother, Bridget, as well as seven of his siblings who are already in heaven waiting for him to come home.
Philip was born in County Donegal, Ireland on January 6, 1926. He was the fifth child out of a family of ten and grew up on the family farm learning how to put in a good days work. As a young man he immigrated to Canada with his younger brother Neil.
Philip met Elsie through the Catholic Youth Organization in the early 1950s. When they began dating he told her he would never let her go. He was true to his word, and his love for her, to the end. They were married on May 8, 1954. They had four children and spent many happy years raising their family. Philip had the gift of a green thumb and had a passion for gardening. Philip was also Elsie's "right hand man", particularly on perogy making days, and he always knew his part on the team.
Philip's career was with the CN Railway retiring after more than 30 years of dedicated service. In retirement one of his greatest joys was spending time with his grandchildren.
Philip's life was a life of service to his wife, family, and his wider community, especially to the faith communities of which he was a member. He was a lifelong member of the Knights of Columbus. He felt honoured to be of service to the communities of St. Ignatius and St. Timothy parishes in Winnipeg.
Philip was an active man throughout his life and in his latter years walking was of particular comfort to him. When people asked his secret to long life he would say, "Keep moving forward, get up, and don't stop!"
The family would like to offer sincere thanks to Dr. F. Salem and the staff at Rosewood Supportive Housing for the wonderful care they provided to Dad. Sincere gratitude is extended to the staff of Health Sciences Centre Unit A4 for the kindness and care provided to our Dad and family during his final days.
In accordance with Philip's wishes, cremation has taken place and a private, family only, Funeral Mass was celebrated on Friday, February 26, 2021 at 1:30 p.m. at St. Timothy Parish, 135 John Forsyth Road, in Winnipeg.

If friends or family so desire a donation may be made in Philip's memory to St. Timothy Parish, Winnipeg, Manitoba (www.st-timothy.ca), the Canadian Blood Services, or to the Health Sciences Centre Foundation.