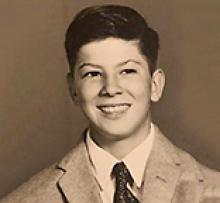 It is with great sadness that we announce the peaceful passing of William George Lowthian on February 21, 2021, at the Victoria Hospital at the age of 73 years.
William is survived by his brother Michael and family of Toronto, along with numerous nieces and nephews in Canada and the United States. He was predeceased by his parents, Maurice and Yvonne, and brothers, Barry and Edward.
William was born and raised in Winnipeg and was a lifelong resident of St. Boniface. A Veteran of the United States Marine Corps, William did two tours in the Vietnam conflict and was awarded citations and awards, including a Bronze Star, for his bravery in combat. Following his time in the Marine Corps, William enjoyed his career in the Manitoba Public Service, working for The Legislative Assembly of Manitoba.
As per William's wishes, cremation has taken place, and no formal service will be held at this time.