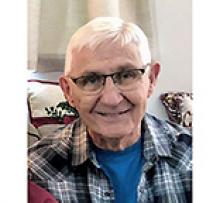 It is with deep sorrow that we announce the sudden passing of our Dad, Robert (Bob) Honore Baccus, on May 19, 2021, at his residence, at the age of 79 years.
Dad / Bob will be lovingly remembered and survived by his wife of 54 years, Jo-Anne; son Grant (Claudia); daughter Nicole (Kevin) Stoddart; grandchildren, Samantha and Marco; his sisters, Gerri, Marianne and Lorette; brother Armand, and many in-laws, nieces, nephews and cousins. Bob was predeceased by his parents, Henry and Nellie; his brother John, and his sister Lorraine.
Bob was born in Bruxelles, Manitoba, one of seven children growing up on a farm both in Bruxelles and Killarney, before moving to Winnipeg, where he met his wife Jo-anne and married on September 17, 1966. Bob made a career as a salesman, first with Fort Garry Industries, and Arne's in his later years. This career path suited him well as he was incredibly friendly, kind, welcoming, and made everyone feel included. Dad was selfless, generous, and could be relied upon for anything.
Bob had a love of cars, and owned many classic cars throughout the years. His cars were his babies; he was never seen with a dirty vehicle! This passion was rewarded when he won a brand new Ford Escape in 2008; to this day it is immaculate. In addition to cars, Dad loved his Winnipeg Blue Bombers and Winnipeg Jets. He would be over the moon happy with the recent playoff performance of the Jets!
His grandchildren meant everything to Bob, and he enjoyed spending as much time with them as possible, especially at the house on Bayne Crescent, puttering around in the garage, tending to the vast expanse of flowers and vegetable garden, or taking them on drives to the Half Moon, Kildonan Park, and other favourite places.
Bob was always available for his kids and their spouses. We would not have accomplished what we have if it wasn't for the endless love, support, amazing work ethic, and hands-on approach from Dad.
The past few years had not been easy for Dad as Mom was diagnosed with Alzheimer's in 2017. Dad became her rock, her primary care-giver, and never left her side. He maintained true to his wedding vows to take care of Mom "in sickness and in health". This must have taken an amazing inner strength, and demonstrated Dad's loving and supportive character.
As the current times still prevent larger gatherings, the family has decided to hold a Celebration of Life at a later date. Bob will be placed in his final resting place on Tuesday, June 1 with only immediate family present.

Dad, you can rest now, we are taking
care of Mom and she is safe.

In lieu of flowers, donations can be made to the Alzheimer Society of Manitoba or Canada.