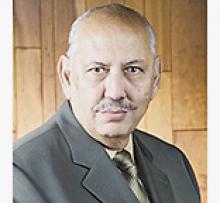 It is with deep love, but great sadness, we announce the peaceful passing of our father, our "Gentle Giant", our "Boss'', our "Big Guy" on June 28, 2021.
KB is survived by his children, Steven; Angela (Claude), Belinda (Kevin), Rachael (David); his grandchildren, Kari, Stefanie (Adam), Celine, Julien, Cayden, Abby and Finley; his great-grandchildren, Alita, Olivia and Remington; his brother Noshir (Goolu); his niece Dinah and countless friends. He was predeceased by his father Bhicaji, his mother Pilla, his sister Villi, and 319 days ago, the love of his life Mary, his wife of 42 years.
KB was born in Pakistan, where his father was a bank cashier and his mother was a housewife. Despite losing his father at an early age, he attended school and medical college in Karachi. To further his medical studies, he moved to England in 1966 and then to Saskatoon in 1968. He spent time training in Calgary and Fargo and eventually moved to Winnipeg in 1971 for a residency in pediatric orthopaedics. In 1973 he began his practice at Winnipeg Clinic, where he dedicated 47 years to his patients. During his career he held staff appointments at the Grace, Concordia and Seven Oaks hospitals in Winnipeg. He served as Head of Orthopaedics at Seven Oaks as well as Head of Surgery.
KB chose to be a doctor because he wanted to help as many people as he could. His patients were so important to him, that while in failing health himself, he insisted on going to the Clinic because "his patients needed him." Whenever his name comes up another telling of what a compassionate and caring doctor he was quickly follows.
KB met his soul mate Mary when she was assigned to be his nurse at the Clinic. Mary was a single mom of three young daughters. Undaunted, he enthusiastically took on the greatest challenge of his life, and they married in 1978. Eighteen months later, they welcomed their son Steven Darius.
Mary and KB loved to travel whenever they could – to Europe, on cruises, and their favourite places – Mexico and Vegas. He enjoyed fishing, live theatre and Broadway musicals, and was an avid reader, particularly Westerns and spy novels.
KB was the most gentle soul you could ever hope to meet. He made kindness seem effortless. He was a big guy on the outside but had an even bigger heart. He loved to think he was funny and would joke around with anyone willing to humour him. He was an incredibly generous man always willing to help a friend in need as he was happiest when doing things for others. Family and friends, near and far, meant the world to him – he cherished every one of you.
The family would like to thank Holy Family Care Home, St. Johns Unit for their incredibly compassionate care of our dad over the last nine months, especially the final few weeks of his life while we said our last goodbyes.
A private viewing has been held and a gathering will take place in his memory at a later date. In lieu of flowers, donations may be made in KB's memory to Holy Family Home via www.canadahelps.org or Seven Oaks General Hospital Foundation.

Grief is just love with nowhere to go.