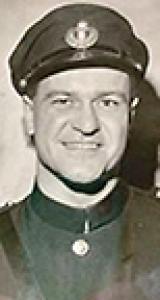 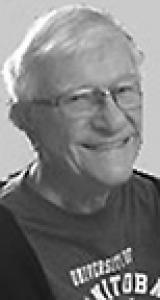 George Harold Curle passed away, with his wife of 71 years, Mercedes by his side, on July 6, 2021, at the age of 92 years.
George was predeceased by his father Arthur Curle (1963) and mother Minnie Curle (1980).
George is lovingly remembered by his wife Mercedes, children, Bruce (Cathy) Curle, Linda (Cliff) Bakowski, Nancy (Robert) Dubicki, and grandchildren, Nancy Mazur, Christopher Curle, Tyler Dubicki and Samantha Dubicki.
George was born and raised in Winnipeg and graduated from Gordon Bell High School. During these school years he met what would become his lifelong sweetheart and partner, Mercedes Huuk. This resulted in a beautiful June wedding in 1950. They had recently celebrated their 71st wedding anniversary.
George started his career with the Winnipeg Police Department in 1950. In the early years of his career George was a beat cop who wore one of the infamous Police buffalo coats during winter. George soon became a traffic cop, trading his boots for a motorcycle. This may have seemed like a good idea at the time, but riding a motorcycle trike in -25 degree weather was a challenge. These winters resulted in his permanently rosy cheeks. During his career George was also involved with the Winnipeg School Patrol program and was instrumental with the Police and Pal program which helped underprivileged children. George was respected by his peers and worked his way up through the ranks of the Police Department, retiring in 1987 with the rank of Detective Sargeant.
George was an accomplished carpenter who built a house on Inkster Boulevard in the early 1950s. A cottage in Sandy Hook followed in 1960. However, it was the clear waters and fish of Ontario calling which resulted in purchasing a cottage on War Eagle Lake in 1984. George cherished his time at the cottage and could not wait to get out there after a week at work. Mert would be waiting outside the Police Station, the car all packed up and ready to go, with a Mr Submarine sandwich and a coke for the two hour drive. George loved his time at the lake, it didn't matter whether he was fishing in the rain, snowmobiling, building all sorts of wooden crafts, shooting targets, exploring all the lakes, islands and caves or telling stories with family on the deck. That cabin got quite crowded at times, but no one ever complained about that. Family was everything to Dad and he was very proud of his children and grandchildren.
In accordance with George's wishes cremation has taken place and a private family service will be held at a later date.