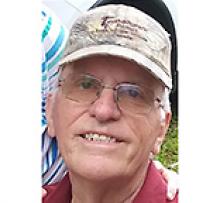 It is with saddened hearts that we share the passing of our beloved husband, father and grandfather Albert, whom the Lord called home at sunrise on Sunday, August 22, 2021, at the age of 77.
Albert was born January 30, 1944, in Hamilton, ON and came home to Sioux Narrows shortly thereafter. His parents then established a small tourism business under the name of Herman's Cabins, which later was changed to Tomahawk Resort.
Growing up in the tourism industry, he worked alongside his parents and eventually took over the family business. When Elaine moved to Sioux Narrows, he knew he had met the love of his life and soulmate. They were married in 1973 and worked side by side as a team for 47 years. He had an intuitive vision and foresight for the business and always strove to be on the leading edge with continual upgrades, replacements and expansions. He was a humble, self-taught man of many talents, be it plumbing, electrical, welding or carpentry. His credo of paying attention to detail, his ingenuity and dedication to the operation of Tomahawk was exemplary. When he wasn't immersed on a project, you would find him chatting with guests or cruising the resort on his golf cart with grandchildren or a granddog alongside, making sure everything was "Tickety-boo."
As much as his passion was for the business, his pride and joy was his family. There was nothing he cherished more than family gatherings, vacations together and spending time with the grandchildren. He treasured the RV camping vacations, going for boat rides, fishing, Disney and other vacation venues, or just sharing an ice cream or a s'more with the grandkids. In addition to that, he and Elaine enjoyed their vacations in Mexico and Cuba, cruising the Mediterranean, Panama Canal and the Caribbean, as well as touring around the southern US in their motorhome.
When the weather started getting chilly, they joined the snowbirds and migrated to warmer climates, where they had the pleasure of enjoying many winters in Lake Placid, FL in the comfort of their motor home. Albert was an avid country music fan of the oldies and stops in Nashville were always fun, where they once had the opportunity to attend a CMA awards as well as the Grand Ole Opry. Albert thoroughly loved his travels with the motor home and once they were parked wherever they were, it was always "honey, we're home."
Throughout his lifetime in the hospitality industry, Albert's sincerity and integrity was a value he personified. He was a well-respected member of various tourism organizations such as the Chamber of Commerce, NOTO and KDCA. Albert was also involved in various aspects of the community over the years, such as the local school board, as well as 30 years as the Justice of the Peace.
Albert encountered a number of health challenges in the past 12 years, and he met each one with strength and resilience. He never let these challenges get him down and faced each day with grace and dignity as in the words in the song "One Day at a Time."
Albert is survived by his wife Elaine (Soderholm); Scott (Crystal) Kast, Kathy (Murray) Stardom, Kevin (Jackie) Kast and grandchildren, Hannah, Brayden, Mikayla, Ariel, Heidi, Kelsey, Maisy and Natalie. He is also survived by his siblings, Harold (Wendy), Mack, Bertha (Bill) Nelson, Irene (Pat) Duffy; sister-in law Loretta Allan; as well as numerous nieces and nephews.
He is predeceased by his parents, Herman and Cecelia Kast and his parents-in-law, Arvie and Edith Soderholm.


"For those we love don't go away,
they walk beside us every day;
Unseen, unheard, but always near,
so loved, so missed, so very dear."

A celebration of his life well lived will be held at a later date.
Donations can be made to the Kidney Foundation of Canada.
Thanks to Dr. Workman who cared for him for so many years and the doctors, nursing and floor staff of the ER, Internal Medicine and ICMS wards at St. Boniface hospital.