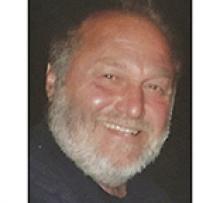 On September 4, Kim passed away peacefully at Concordia Hospital Palliative Care. He passed away on his wedding anniversary; where his wife Bonnie, the love of his life, was waiting for him in heaven.
Born and raised in St. Vital, Kim was known as a kind and generous man, always fixing things and helping people throughout his life. He was an accomplished employee at Manitoba Hydro, working there for many years. But his greatest accomplishments were his wife, children and grandchildren. Kim is survived by his son Michael (Chantel); his daughters, Tyna and Jamie (Doug); as well as his favourite people - his grandchildren, Jory, Dante, Hailey, Avery, Nova, Talon, Ruby and Cruz. He also leaves behind his remaining siblings, as well aunts, uncles, nieces, nephews and friends.
Kim really enjoyed visiting, joking, teasing his grandkids and working on cars with his friends. We would like to thank Concordia Palliative Care, Misericordia Hospital, his pharmacist Chris and all his doctors, nurses, and staff.
Celebration of his life is to follow with his family and close friends.