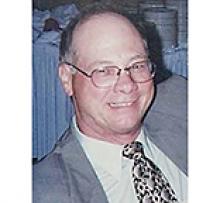 Terry was born December 4, 1944 to Walter and Erna Simpkin. Predeceased by both parents; brother Walter Jr. and wife Joyce.
Survived by daughter Kerri Janzen (Harvey); granddaughter Brianna and twin brother Richard.
Terry loved to fish and spend time outdoors. He cherished time spent at the family cabin near Kenora, where he spent many days. Terry was always a social butterfly and loved to be around people. His calm demeanour and honest, straightforward approach helped him greatly during his days as a salesman. He could always be counted on as the voice of reason and calm decision making, even when stuck in a boat that had a trolling motor with a dead battery, in the middle of Muriel Lake with his son-in-law Harvey. He lived in Kelowna, BC for six years, where he enjoyed the warm weather, peaches picked straight from his tree and going to the Legion with friends. He came back to Winnipeg in September 2020, to spend the remainder of his time with family and especially enjoyed time with his only grandchild Brianna. He will be missed by many, but his memory will live on with those left behind.
In lieu of flowers, donations can be made to the Canadian Diabetes Association or the Kidney Foundation of Canada.

For online condolences or to light
a memorial candle, please log on to
www.mosaicfunerals.ca