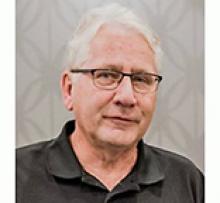 It is with deep sorrow his family announces the death of Brian Luff at Health Sciences Centre on October 23, 2021.
Brian was born in Toronto on September 15, 1955 and moved to Winnipeg in 1963. Prior to owning his own renovation business (Splash Bathrooms and Renovations), he worked at Grey Goose and then with his father as a diesel mechanic.
Brian is survived by his wife Debbie, son Brent (Tera) Luff; stepchildren, Kari (Sonny) Lynch-Pare and Michael Lynch; two grandchildren, Logan and Colton; and four stepgrandchildren, Kierstyn, Gracie, Rylan and Bryson. He is also survived by his mother Joyce Luff, father Tom Luff; two sisters, Gwen (Ian) Anderson, and Ruth Luff; and three brothers, Alan, Ian and Scott (Pat) Luff, and many nieces and nephews.
A celebration of Brian's life will take place at a later date.