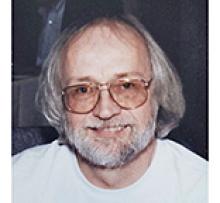 It is with heavy hearts that we announce the passing of David Brown, of Sanford, Manitoba, on December 5, 2021.
Born February 20, 1945, David grew up in Thunder Bay, Ontario (at the time, the town of Port Arthur). He moved to Winnipeg in 1983 where he worked as a Winnipeg Transit bus driver until his retirement. Even after retirement, David loved being on the road where he could meet new people, so he worked a few years longer with Beaver Bus. He enjoyed his final years out in Sanford, where he often walked his dog, Freddie, and got to know all the neighbours, and enjoyed many a trip to Costco, where he knew all the staff. David had a gift for talking to anyone and could make friends of strangers through a single conversation. He also loved jazz and blues music, especially on quality stereos, which he enjoyed collecting over the years.
David is survived by his wife of 22 years, Darlene; his stepdaughters, Kristin (Jason) and Kelsey (Andrew); his stepgrandson, Charlie; his sisters, Janice and Carol (Jim); his nephews, Darrell (Nicole) and Graeme (Craig); and grandnieces, Georgia and Sedona. He had a special place in his heart for his past dogs, Deoe, Lexi, Penny, and Gabby. He is predeceased by his father Lloyd and mother Esther. He will be missed by the many neighbours of Sanford and close friends who were his second family.
A memorial lunch will be held for friends, family, and neighbours of Sanford in the spring, to be announced.
In lieu of flowers, please make donations to Winnipeg Pet Rescue.