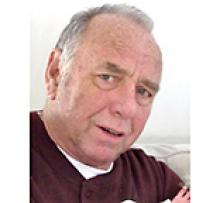 On Friday, December 24, 2021, William Gordon (Bill) passed away at St. Boniface Hospital.
Bill was born March 26, 1946, in Winnipeg. He was predeceased by his mother, Evelyn Gordon and father Harold Gordon.
Bill will be lovingly remembered by his wife of 50 years, Tannis Gordon (Layton), his son Daniel Gordon (Jolene), granddaughters, Everly and Sadie, sisters, Janet Loeb (Lawrence), Karen Gilchrist (Alan) and his brother Ken Gordon (Susan). He will be missed by his many nieces and nephews.
Bill attended Glenlawn Collegiate where he met his wife, Tannis, then started working for the Manitoba Government where he retired after 40 years.
Bill had many hobbies including sketching, bowling, and fishing at his cottage at Wanasing Beach. Curling was a big part of his life whether it was curling in a bonspiel or at the club level.
When his son, Daniel, took an interest in football, Bill started the football program at Dakota Community Centre and was on the Board of Directors. He was proud of the football program because he felt it gave the children a good work ethic and developed teamwork. He also coached baseball and soccer.
Bill joined Toastmaster International in 1994. He was always inviting people to come to a Toastmaster meeting so they could improve their communications skills. After his stroke in 2006 he felt Toastmaster was instrumental in helping his speech return to normal.
In lieu of flowers, donations can be made the Heart and Stroke Foundation or a charity of your choice.