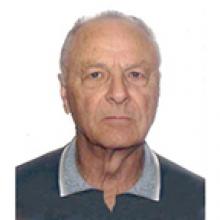 
We sadly announce the passing of Ron Hlady at the age of 84.
He is survived by his wife of 60 years, Valerie (nee Bahry); daughters, Debbie (Paul) and Tracey; sister Joyce Krowchuk; brother Ben (Pat); brother-in-law Harold Bahry; sister-in-law Doreen (Guy) Whitney; along with several nieces and nephews. Ron was predeceased by his parents, Mike and Mary; brother John; sister Valerie (Elmer) Shumila; and brother-in-law Peter Krowchuk.
Ron was born and raised in Brokenhead, Manitoba and spent most of his working life at Manitoba Hydro. He started as a Linesman, then flew up to northern communities as a Liaison and then finally retired as an Executive Assistant. Never being one to sit idle, Ron trained as a long-haul truck driver after leaving Hydro before actually retiring for good. He enjoyed the outdoors; fishing, growing vegetables in the garden and "making sawdust" in the garage. He always needed to be busy, now finally, he can rest in peace.
Many thanks to the staff at Heritage Lodge for their kind and compassionate care. Thanks also to everyone who visited Ron and talked about the old days, particularly his friends, Harry and Scott.
Cremation has taken place and a memorial service will be held at a later date.
In lieu of flowers, donations may be made to the Alzheimer Society of Canada.