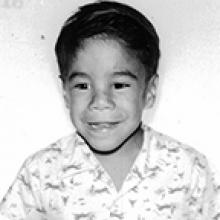 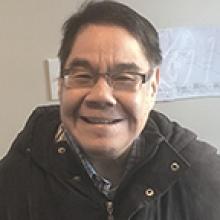 
We are deeply saddened to share the unexpected passing of Michael Dawson on April 19, 2022.
Michael was born Michael Keesick in Red Lake, Ontario. Sadly, both he and his twin brother were abandoned by family and found with physical injuries and neurological damage.
Approximately 59 years ago, Michael, through the government agency known then as Indian and Eskimo Affairs, was bought to the home of Georgina and James Dawson. Up to this point in time many other children arrived from the reserves throughout Manitoba and Ontario for health care and lived with the Dawson family during their recovery. Around the time Michael joined the Dawson family so did a beautiful two year-old girl, Lorna Ettawakapow. The Dawson family opened their home and hearts to both Michael and Lorna by the way of adoption. Michael and Lorna grew up as sister and brother along with Marion and Georgina Dawson, biological daughters of Georgina and James. Michael and Lorna bonded with great love that ended with Lorna's passing in the early 1990s.
Michael was a happy and content young boy, and enjoyed many holidays by both motor home and plane occasionally with cousins, Cory Toyne and Colin Jackson to many US destinations, in addition Michael travelled to BC, Las Vegas and his most favourite vacation being, Hawaii. His Mum made sure Michael received special education and found employment at Palliser Furniture in Transcona where he worked for almost 25 years. Some health challenges put an end to his position approximately 2009. A number of years later, Michael received the support of Nellie Kennedy, one of his many Case Managers with Family Services by directing his sister Marion to speak with Imagine Ability, Michael was able to secure work and found great joy with this outstanding group of people that support those with "Challenges"!
Prior to this time; that cosigned with Mum's failing health it was realized Michael's home life would need to change. Michael initially moved into a group home until his sister Marion who was requested by their Mum and approved by The Commission for Vulnerable Persons to serve as Michael's Substitute Decision Maker, approached New Directions to locate a Care Provider that would offer Michael a family environment, one that Michael grew up with and deserved. Michael was blessed to be introduced to Gerry Beelen and his home that very quickly became his extended family! Greater love ensued a few years later with Gerry's marriage to Brian Hrynyk. For over 17 years, Michael was blessed with living in a beautiful home with outstanding men who go above and beyond to openly provide care, compassion, empathy, joy and outstanding garden for both Michael and two other men with various life challenges!
Michaels leaves this earthly home with numerous family members, friends developed through Family Services, New Direction, Special Olympics and bowling who will remember this "little" man" who saw nor spoke no harm…who lived with "what is" with very little complaint even when very ill.
Michael, your life taught many of us a lot of goodness…may you be happy and may your soul shine like the most glorious sun to reconnect with your Mum, Dad and Lorna that you missed dearly.
The family would like to express our deep gratitude to the medical staff at Grace Hospital on Unit 4 Surgical for the care, compassion and respect they provided Michael.
Those who wish to remember Michael are encouraged to make a donation to Manitoba Harvest.
You are welcome to join us for Michael's Celebration of Life to be held at Glen Lawn Funeral Home, 455 Lagimodiere Blvd, on Saturday, May 14, 2022 at 2:00 p.m.


Family and friends may sign a book of condolence at www.glenlawn.ca.
Glen Lawn Funeral Home
204-982-7550