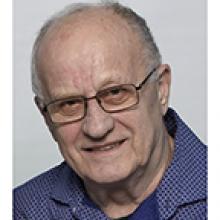 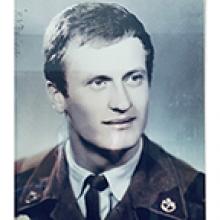 
It is with great sadness that we announce the passing of John Miklovic. John is survived by his wife of 57 years Irene (nee Gedeon) Miklovic, son George and his wife Joan, daughter Diana and her husband Joe. He is also survived by his cherished grandchildren, Jonathan and Emily Miklovic and Arlo Holstead.
John was born on February 21, 1941 in Piestany Slovakia, predeceased by parents Cecile and Anton. John worked as a machinist in hospitals and hydroelectric power stations in Czechoslovakia prior to coming to Canada during the Prague Spring of 1968, where he had been an active supporter of democratic advancement. John spent the majority of his career in Canada at CN Railway and was an avid inventor and problem-solver, reimagining the manufacturing of train wheels, and held a patent related to other inventions.
John could build or fix almost anything; his yard was a testament to his and wife Irene's love of nature where they enjoyed their time gardening. He loved the outdoors and spending time in Grand Beach, Manitoba, where him and son George had built a family cabin where they enjoyed weekends and summers together. John also enjoyed playing mariash with old friends in the Slovak community and was a Night of Columbus for several decades.
John was a loving family man. He was especially proud of his grandchildren. He never seemed to tire when spending time with them, attending every game, horse show, and performance that he could. His family and friends will always remember him as a hardworking, social, active man who was deeply involved in the Slovak community in Winnipeg for the majority of his life.
A service will be held on Tuesday May 24, at 2:00, at Glen Lawn Funeral Home at 455 Lagimodiere Blvd. with a reception to follow. All are welcome to attend and celebrate John's life.