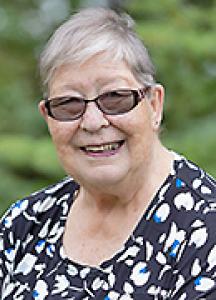 
NAISMITH: Linda Anne Naismith (nee Malyon), of Glenboro, MB, passed away at the Carberry Health Centre on Monday, September 19, 2022, at the age of 74 years. Linda was born on May 19, 1948 in Souris, MB. She grew up on the family farm and attended Glenboro School. Throughout her childhood she was involved in various sports, 4-H, attending barn dances and helping out on the family farm. On September 23, 1967 she married Brian and they immediately moved to Fort Langley, BC. The following year she completed her hairdressing course and worked in that field for 27 years. In September 1972 and October 1973 Pam and David arrived to complete their family. In October 1975 the family made the move back to Glenboro to take over the family farm. Linda spent several years juggling the family, farm life and providing hairdressing services out of the kitchen. She then went to work at Pat's Hair Fashions for 11 years before hanging up her scissors. Looking for a change, she obtained her Class 1A license and joined Brian on the road. They drove as a team for 11 years seeing many parts of the country. In 2005 they built their beautiful home in town and gave up the big, old, drafty farmhouse (oh if those walls could talk!). Since moving to town, they have been blessed with some very close friends and neighbours. Linda has always been involved in the community from various committees and organizations to managing or coaching her kids' sports teams. Her most recent role was secretary with the Glenboro Ag Society for which the Malyon family has long been a part of. Linda loved to watch Blue Jays baseball and curling. She was always ready to play any game, but cards were her first choice. So many great times and so much laughter particularly playing with Nora against Brian and Don. She is well known for her baking and cooking which will be greatly missed. Linda was always willing to lend a hand to anyone where needed or welcomed you into their home. Linda and Brian were fortunate to do some travelling including two Alaskan cruises and a Caribbean cruise with her sister Brenda and husband Ed. A trip to Minneapolis with David's family to watch the Blue Jays was a bucket list item she was able to fulfil. Bus trips to Branson, Missouri and Reno, Nevada were other great experiences. The love she had for family was so strong. She thoroughly enjoyed her time with her children and their spouses, and her grandchildren. Linda loved hearing about their daily life and activities. She was very proud of all her "kids." She took great pleasure in observing her own kids' parent … karma I think she called it! Linda's passing is mourned by her loving husband Brian, son David (Anna) Naismith of Glenboro, MB, daughter Pam (Jim) Driedger of Martensville, SK, grandchildren Brooke, Tyson, Riley and Brett; in-laws Dale (Karen) Naismith of Glenboro, MB; Brenda (Norbert) Dekezel of Baldur, MB; Judy (Maurice) Demare of Virden, MB; Reta Bergen of Killarney, MB; Iris Hemrica of Brandon, MB; Carl (Pam) Gordon of Baldur, MB; Ed Anderson of Selkirk, nephew James (Dawn) Anderson of Vancouver as well as numerous extended relatives and friends. Linda was predeceased by her parents Frank and Gwen Malyon, sister Brenda Anderson, nephew John Anderson, in-laws Helen and Elmer Naismith and sister-in-law Linda Gordon. A Celebration of Life Service will be held on Monday, September 26, 2022, at 11:00 a.m. in the Glenboro Kinsmen Community Hall with Sharon Hamilton officiating. Reception to follow. A family interment will take place at the Glenboro Cemetery. For those who wish donations can be made in Linda's memory to the Glenboro Agricultural Society, Box 57, Glenboro, MB, R0K 0X0 or to STARS Donation, 1441 Aviation Park NE, Box 570, Calgary, AB, T2E 8M7.0