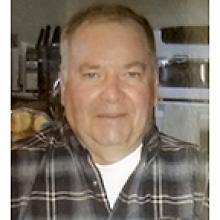 
It is with great sadness we announce the passing of Gord.
Left to mourn is his wife of 56 years, Mary; children, Ken, Dan (Sarah), and Dean (Cassandra); grandchildren, Jamie, Kira, and Tessa; sisters, Bev Bruce and Lorraine Scott (Dave); brother-in-law Brian O'Connell, sister-in-law Helen Mehaffey, many nieces and nephews, and friends (Danny, Dave)
He was predeceased by his parents, Cliff and Mayme; father and mother-in-law, Frank and Lena Mehaffey; brothers-in-law, Stan Bruce and Robert Mehaffey; and sister-in-law Francis O'Connell.
Gord retired from the C.N.R. after 33 years of service and was a longtime member of the Royal Canadian Legion. He enjoyed fishing, hunting, trapping minnows and just being an outdoorsman with a true regard to the wilderness. He enjoyed spoiling his grandchildren along with many other things.
There will be a private service at a later date.
In lieu of flowers, donations may be made to the charity of your choice.


Family and friends can leave
condolences, comments and stories
at www.seasonsfunerals.ca