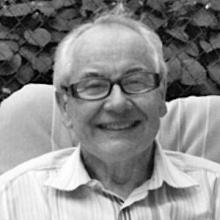 
William (Bill) Ernest Muir, formerly of Winnipeg, passed away peacefully on Friday, September 16, 2022, in Edmonton, Alberta. He was 82.
Bill was born September 6, 1940 and grew up in High Bluff. He attended the universities of Manitoba, Saskatchewan and Illinois, finishing with a PhD in 1967 from the University of Saskatchewan. In 1967, he started work at University of Manitoba Agricultural (later Biosystems) Engineering and retired as professor in 2001.
Bill married Hilda Janzen in 1968. They had two boys, James (1971) and Dale (1972).
Bill and Hilda were active members of Trinity United Church, volunteers or season ticket holders at the symphony and theatre. They enjoyed camping, especially at Grand Beach.
In 2016, Bill and Hilda moved to Edmonton to be closer to family. In 2017 he was diagnosed with Parkinson's and in 2019 had to move into care.
He is survived by Hilda, James (Karine, Cameron, Katherine, Holden), and Dale (Deanna, Leah, Isla), several cousins and in-laws. He was predeceased by his parents, Les and Vira Muir, and other extended family members.
In lieu of flowers, donations in Bill's name can be made to the Parkinson Association of Alberta or to the W.E. Muir Scholarship for Graduate Students in Biosystems Engineering at the University of Manitoba.
A memorial will be held in Edmonton at Trinity United Church at 3:00 p.m. (MDT) on October 1, and will be available on Zoom. The zoom link is in the obituary at Westlawn Memorial, Edmonton, https://www.arbormemorial.ca/.