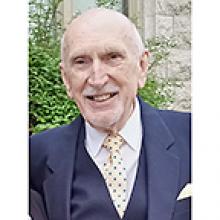 On September 15, 2022, Lawrence "KOOL" Kolybabi finished his last set, packing up at the age of 80, surrounded by Kim, his family, and the music that he loved. His final days were spent trading stories, telling jokes, and ensuring we knew what music to play. Born in Foam Lake, SK, Lawrence moved to Transcona at age seven. Soon after, he met Rose Marie, the love of his life. He DJed as a teenager, bringing his 45 record player on the bus to play music out of a toolshed, only retiring this June. At the end Lawrence said he had enjoyed his life, and enjoyed dancing.
Lawrence leaves behind his wife of 60 years, Rose Marie; children, Christine (Pierre) and Charlene (Darren); grandchildren, Mak (Katie), Jaybird, Jesse, and Lila; great-grandchildren, River, Astrid, and Loik; and brother Gerry (Sue). He is predeceased by his mother Katie and his brother Wayne.
The end of Lawrence's life was immeasurably improved by his relationship with his longtime friend, later his companion, Kim. She and her family welcomed Lawrence into their lives, allowing him to experience what life in a big, close family was like. We can't thank them enough for giving him the things we couldn't. The family thanks, for their top-notch care, the staff of St. Boniface Hospital (ACCU and Palliative Care) during Lawrence's last two weeks, and Villa Aulneau during his last three years.
In lieu of flowers, please send donations to Palliative Care via the St. Boniface Hospital Foundation.
A Celebration of Life will be held at the Centre Culturel Franco-Manitobain (CCFM) on October 6 at 1:30 p.m. Bring your stories for the open mic, and your dancing shoes.