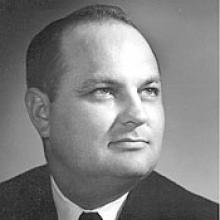 STAN KASKIW It is with heavy hearts that we announce the passing of our dear sweet husband, father, grandfather and brother, Stan Kaskiw. He was peacefully lifted up by Jesus on Saturday, September 24, 2005. Stan leaves to mourn, Mary, his wife of almost 48 years; son Daryle (Sandra); daughters, Debbie (Hugh), Darlene (Joe) and Charlotte (Roger); seven grandchildren, one great-grandchild; mother Mary; brothers, Frank, Ed, Melvin; sisters, Rose and Shirley. Stan was predeceased by his father Anton and brother Jack. Stan was born in Kelloe, MB at home November 29, 1934. He married the light of his life, Mary, October 19, 1957. They lived in the Shoal Lake area until 1960 then moved to Winnipeg with his family. In 1970, he moved to Lorette, MB to return to his love of farming. He loved to drive his tractor in the fields and sing his songs. Stan's life was his family. Secondly, was his passion for music and entertaining. He is a world renowned Ukrainian and Country artist who has touched the hearts of millions through his music. He has been inducted into the Ukrainian Musicians Association Hall of Fame individually, and along with the band Interlake Polka Kings and his own band, The Polka Drifters. Stan greeted everyone with his great sense of humour and opened his heart and home to all. No one left without feeling they were special to him. When he entered a room, he became the focal point for all. Stan was a very spiritual and tender hearted man. His love for God was prominent in his life. He used his God given gift to sing and play in church, many songs written by himself. In addition to being a musician, Stan's primary career was at the University of Manitoba, Civil Engineering department. He loved his work and enjoyed his many friends there until he retired at the age of 60. In his retirement Stan the Man took on the role of Santa Claus at the St. Vital Mall. He loved nothing more than seeing the smile of young children sitting on his knee. Hearing their wishes brought tears to his eyes. He was known as the Singing Santa . Prayers to be held at St. Emile Parish on Wednesday, September 28 at 7:30 p.m. Mass of Christian Burial will be celebrated on Thursday, September 29 at 11:00 a.m. at the St. Emile Roman Catholic Church. Interment at the St. Vital Cemetery. The family would like to express their thanks to the hospital staff at St. Boniface Hospital and to Dr. Eva Smil who was always there for him. In lieu of flowers, donations can be made in Stan's memory to Canadian Diabetes or the Manitoba Lung Association. All our love, your family. Rest in peace. BYE BYE. Knysh Funeral Home 582-0973