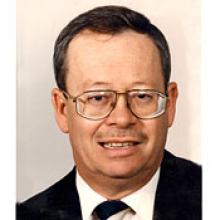 (REYN) REYNOLDS LEONARD DAVIS Reyn was born April 12, 1943 in Mossbank, SK, passed away March 7, 2006 at Deer Lodge Centre following a chronic illness which took away all of Reyn's quality of life. Sadly, Reyn leaves behind his faithful loving wife Marjorie, and the two children he was so proud of Dustin and Shannon (Neville) and precious granddaughter Shanelle. Grieving the loss of their brother are Art, Kathie and Beth, plus numerous brothers and sisters-in-law, nieces, nephews, aunts, uncles and cousins, and a host of good friends. He was predeceased by his parents. Reyn's enthusiasm for life and his effervescent personality were a joy and an unforgettable gift to those who knew him! Reyn always said he was the luckiest guy in the world to do what he loved best and get paid for it - write about sports. Reyn grew up as a farm boy with an intense desire to be involved in competitive sport - and he fulfilled his dreams by covering sports for the following newspapers over the course of his life: Moose Jaw Times Herald, Regina Leader Post, Chatham Daily News, and Winnipeg Free Press. Reyn also wrote articles for Sports Illustrated, Hockey News and several media guides. His skill as a writer was acknowledged when he was inducted into the Manitoba Sports Writers Hall of Fame in 1993. While in Winnipeg Reyn covered numerous sports but most noteworthy was his coverage of the Winnipeg Jets (WHA, NHL) which involved travel to many parts of the world including - Russia, Finland, and Sweden. Reyn was active in community sports and coached his children's baseball/fastball teams for many years. He golfed and curled with Marjorie and for 25 years he was the catcher in the Old Timers Fastball League for a team named Hillary Blues . Reyn and his friend Al Braemar (predeceased) set a record in the league with their combined ages totaling 103 years. For three years Reyn played for the Manitoba Masters Fastball team which won two Western Championships. He owned horses at the Assiniboia Downs and was also a member of the Assiniboine Rotary Club. Music was always a love of Reyn's and he played guitar and sang for a band called The Naturals . The family wishes to thank the staff at the special needs ward of Deer Lodge for their kind care and support given to Reyn and to the entire family. A celebration of Reyn's life will be held on Saturday, March 11, 2006 at 2:00 p.m. at Assiniboine Christian Centre, 3390 Portage Ave. A reception will follow. Expressions of sympathy may be made to Alzheimer Society of Winnipeg, Unit 10-120 Donald Street, Winnipeg, R3C 4G2. Family and friends are invited to sign the Book of Condolence at www.chapellawn.mb.ca. CHAPEL LAWN FUNERAL HOME CREMATION AND RECEPTION CENTRE 885-9715