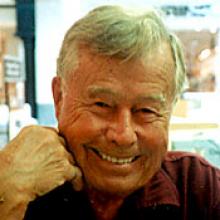 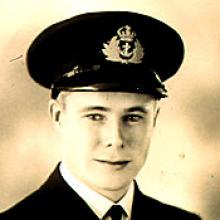 HAROLD T. (BUD) KUMMEN (1916 - 2006) On Saturday, March 25, 2006, Harold Kummen passed away quietly at home with his wife and devoted family beside him. Harold is survived by Vangie, his cherished wife of 63 years; sons, Carl (Margaret) and Bruce (Karen); eight grandchildren and six great-grandchildren. He was predeceased by son Douglas and sister Alice McKinnon. Harold was born in Winnipeg to Mary and Carl Kummen. Educated at Earl Grey and Kelvin Schools, he earned an Electrical Engineering degree from University of Manitoba in 1941. He served as lieutenant in the R.C.N.V.R. during the war. Harold worked with his dad in the family business, Kummen-Shipman Electric, managing the business until retirement. Harold was Past-President and honourary lifetime member of both the Winnipeg Construction Association and the Winnipeg Executive Association. He also was a trustee to the board of the Pension Fund for the I.B.E.W. Local Union for many years. Next to their dear family and many friends, Harold and Vangie enjoyed curling, golf and travel, wintering in the south, and travelling throughout Canada, the United States, Bermuda, the Bahamas, Mexico, Hawaii and other hot spots. Summers were spent with family at their very special retreat, the beautiful cabin he built at West Hawk Lake in 1950. Flowers gratefully declined. If desired, donations to CancerCare Manitoba Foundation, 109 - 675 McDermot Ave., Winnipeg, MB R3E 0V9 or charity of your choice would be appreciated. Cremation has already taken place. A memorial service will be held at St. Timothy Parish, 135 John Forsyth Rd. on Tuesday, April 4 at 12:30 p.m. with Fr. Baudry officiating. THOMSON IN THE PARK FUNERAL HOME AND CEMETERY 1291 MCGILLIVRAY BLVD . (BETWEEN PEMBINA WAVERLEY) 925-1120