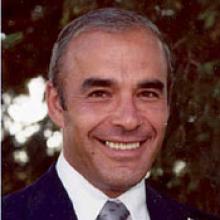 BARRY JOHN CHIPKA Peacefully, on Saturday morning, Barry Chipka passed away at home with family by his side at the age of 63 years. He will be lovingly remembered and greatly missed by his wife Gert, daughter Stacey (Rob McKee), son Ian (Laura Ekosky), his parents John and Nell Chipka, grandson Maxwell McKee, sister Lesley (Jim) Klone, nieces Susan (Bart) and Leanne (Chris), aunts, uncles and cousins. Barry grew up in Elmwood/East Kildonan and was active in many sports. Golf became his passion and he spent hours practicing and developoing his skills at Rossmere Country Club and later at Elmhurst Golf Country Club. His hard work resulted in becoming MB Amateur Champion, a member of Willingdon Cup teams and twice low amateur in the MB open. Barry joined the St. James Fire Department in September 1967 and retired as Captain from the Winnipeg Fire Department September 2000. He was also an electrician and worked on many projects in the City as well as helping friends. The family would like to thank all the Palliative and Home Care staff , with special thanks to nurse Gwen, Petro, Henry, Long, Murray, Mario, José and Blaine. Your support made it possible for Barry to be at home. In keeping with Barry's wishes, a private service will be held for family only. In lieu of flowers, donations in Barry's memory may be made to the Fire Fighter's Burn Fund Inc., 303-83 Garry St., Winnipeg, MB., R3C 4J9. Arrangements entrusted to: Glen Eden Funeral Home 4477 Main St. 338-7111 Family and friends are invited to sign the Book of Condolences at www.gleneden-mb.ca