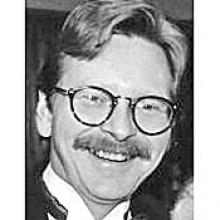 JOHN GARY (JACK) CLEMENTS It is with sorrow at his passing and rejoicing of the time we have shared, that we say goodbye, to Jack. Following a short period of illness, Jack passed away peacefully on Wednesday, April 26, 2006 one day before his 54th birthday. Jack was born to Bill and Marie Clements on April 27, 1952 in Esterhazy, SK where he received his education and began his career in the entertainment industry. Appearances in high-school musicals led to touring as a rock-and-roll artist and eventually to launching a successful recording studio there and a career as a recording engineer and record producer in Winnipeg. Music pre-recording sessions for CTV's Let's Go!' - led to his long friendship and business association with Kim Johnston and a burgeoning passion for film production. Following studies in film and television at the University of California in Los Angeles Jack returned to Manitoba and began his film career as an assistant director on the acclaimed mini-series Daughters of Country produced by Norma Bailey and the National Film Board of Canada. Following his collaborations on the IMAX film; Heartland', the Rocki Rolletti music-video, I'm Just Spinning My Wheels' and the NFB drama The Crown Prince', Jack went into partnership with Kim and formed John Aaron Productions. There he produced a series of award winning television dramas and theatrical features films including; CowPunk', The Last Winter', For The Moment' and The Arrow' and was recognized for numerous awards for his cinematic achievements, both in Canada and abroad. In 2005, Jack joined Buffalo Gal Pictures where he worked with his long time friend and fellow producer, Phyllis Laing. A brilliant organizer and passionate leader, Jack was beloved by his film making colleagues and the performing artists he worked with. In 1996, Jack married Lorraine Barlow and resided in Winnipeg until his death. Jack enjoyed travel, golf, downhill and water skiing, fishing and cherished his family and friends. His wife Lorraine, mother Marie, his brothers, Brian and Barry Clements, his sister-in-laws; Donna and Shelley, his nephews of whom he was so proud; and his one of a kind niece will dearly miss him. Jack was predeceased by his father William Fredrick Sharman Clements in 2001. You have enriched our lives with your thoughtfulness and kindness and entertained us with laughter and love. Thank-you, we love you! You will forever be in our thoughts and hearts. Memorial service will be held Saturday, April 29 at 1:00 p.m. (Saskatchewan Time) Esterhazy United Church, Esterhazy, SK with Rev. Alan Porter officiating. A family interment will be held at a later date. Donations: The Jack Clements Fund C/O MMPIA (Manitoba Motion Pictures Industries Association), 62 Albert St. Unit 100, Winnipeg, MB R3B 1E9. Ph: (204) 927-5893 Fax: (204) 943-4007. Website: http://www.mmpia.ca Funeral Arrangements have been entrusted to Peter Carscadden Funeral Service, Esterhazy, SK. (306) 745 - 3304