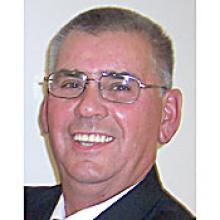 FIRE CHIEF DAVID FRANKLIN SEELEY January 11, 1943 - July 3, 2006 With his family at his side, after a courageous battle with cancer, Dave passed away at the Dauphin Regional Health Centre on July 3, 2006 at the age of 63 years. He was predeceased by his father Edwin, daughter Kimberly, sisters-in-law, Shirley and Carol, and nephew Douglas. Left to remember Dave's great life are his son Tim (Heather); daughter Carla (Angel Millar); long-time partner Marlene Gilmore; grandchildren, Callum and Kirstin; mother Rose; brother Gordon; sister June; special Aunt Min Williams; and many aunts, uncles, cousins, nieces and nephews. Dave was born in Dauphin, MB at a time when many of his relations were away winning a war. The efforts of the veterans had a huge impact on Dave and the movements to honour and remember our veterans and their sacrifices were very important to him for the rest of his life. He attended school in Dauphin, and worked with his dad and brother in the contracting business at the same time. He excelled at hockey and enjoyed stock car racing, outdoor activities, shooting, and riding his horse (which could still be kept in town in those days). He was also involved in Cadets and the militia in his youth, and had many great memories of his time spent at Camp Dundurn, SK. As well, Dave followed the family tradition and was a member of the Dauphin Legion Pipe Band as a drummer along with his brother Gordon (much to the dismay of his piper uncles!), and has been a life-long supporter of local pipe bands, highland dancing, and Scottish music. Like his grandfather, father and brother, and eventually with his son, Dave worked in heavy construction as a private contractor his entire life. 2006 marks 100 years of the Seeley family in the contracting business in Dauphin, and Dave took great pride in his work and cherished the many great memories and good friends he worked with over the years. Dave joined the Dauphin Fire Department, another family tradition, in 1962. He was appointed Assistant Deputy Chief in 1967, Deputy Chief in 1973 when his brother Gordon became Chief, and finally Fire Chief in 1983 upon Gordon's retirement. Dave served as Fire Chief until fall 2005. Dave was a long-time member of the Manitoba Association of Fire Chiefs, serving two terms as President, and holding many other offices and committee positions, and was recently awarded an Honourary Life Membership. At the time of Dave's passing, he held the Fire Services Exemplary Services Medal with two bars and the MAFC Fire Service Award. Dave took great pride in his accomplishments with the Fire Department and gave his all to provide the best possible protection for others. These accomplishments and the many people that he helped are testament to his lifetime of dedication. Both through the Fire Department and as a private citizen, Dave's level of community involvement was extraordinary. One example was his dedication to and belief in the Safe Grad movement, in which he was heavily involved from its inception right up until 2005. As well, he took on fundraising activities for many charities; some of his favourites are listed below. He organized and ran a dedicated volunteer ground search and rescue team through the Fire Department, one of the first in the Province. Whether it was a Homecoming or a visit of the Snowbirds, Dave would be involved to offer whatever assistance was required. Family and friends were the most important thing in Dave's life. Dave was generous and unselfish, giving much of himself without thought or hesitation. Papa Dave will be missed by his grandchildren Callum and Kirstin, and their time together was very special to him. Dave also loved animals, dogs in particular, and always found time to stop and visit with every one that he met. Churchill, his English Bulldog, was a favourite companion for many years. Although stricken with cancer in 1993 and then again early 2005, Dave remained active and did not slow down or stop working, continuing to go out of his way for others and never losing his sense of humour. Dave will be remembered for this sense of humour, his strong work ethic and drive to get the job done, and his disdain for bureaucratic incompetence. Memorial service will be held on Monday, July 10 at 2:00 p.m. at the Dauphin First United Church, 37 3rd Ave NW, Dauphin, MB. Many thanks to the wonderful people at the Dauphin Regional Health Centre and CancerCare Manitoba for the amazing support of Dave and family throughout his final journey. If friends so desire, donations in Dave's memory may be made to the Children's Wish Foundation, the Muscular Dystrophy Association, the Firefighter's Burn Fund, or the Salvation Army. FACTA NON VERBA Sneath-Strilchuk Funeral Service Dauphin MB 204-638-4110