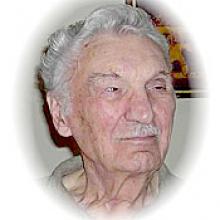 NORMAN JOSEPH CHASE Passed away peacefully on Monday, September 25, 2006 in his 96th year. He has been reunited with his guardian angel, Mary Catherine, who preceded Norm on June 12, 2006. Norman, is survived by their four children, Richard, Robert, Ronald, Mary Ann and their spouses, Patricia, Barbara, Joan and Bruce, together with 13 grandchildren and their partners, Steven (Madeline), Christopher (Theresa), Michael (Katarzyna), Lisa, Carol, Kevin, Michael (Coreena), Trevor (Stacey), Gregory, Jennifer, Mathew, Lindsey, Kate; two-stepgrandchildren, Sean (Jennifer) and Michael (Susan) and five great-grandchildren, Austin, Nicholas, Nathalie, Lucy and Addison, and four step-great-grandchildren, Tayller, Bailley, William and Kira. Dad, the youngest child of Joseph and Julia Czyz, was born near Hadashville, MB on April 17, 1910. As a young child, Norm in the company of his parents, brother and sister moved to Winnipeg. He met Mary at a dance social at Holy Ghost Parish on Selkirk Avenue where they were married seven years later. His business career with Paulin Chambers Company Ltd., (Weston Corporation) spanned 40 years, and began as a stock boy and he retired as company CEO. Throughout Norm's career in Saskatoon and Winnipeg, he was an active member of the Lion's Club, Rotary Club, and attained the Fourth Degree Status of The Knights of Columbus. Norm and Mary delivered and coordinated Meals on Wheels in Winnipeg and Vancouver. He loved family, people and parties, was socially active in the community and church and relished family get-togethers, large or small. Mary and Norm travelled North America in their RV and visited family in Europe and Central America. Norman personified integrity, emulated generosity, was kind and generous to a fault, was a natural leader, gave and received respect, led by example and was helluva great Dad. Special thanks to the management and staff of Augustine House/Haven House, an assisted living facility that Mary and Norman moved to in April 2004, for their supportive care and heartfelt devotion and love for Norman during his final days. Thanks also to Dr. Martin Ray for all his care over many years. The Funeral Mass will be held on Friday, September 29 at 10:00 a.m. at SACRED HEART PARISH, 3900 Arthur Dr., Ladner, BC with reception to follow. Interment will take place at Gardens of Gethsemani, South Surrey, BC. On-line condolences to: www.delta-funeral.ca Delta Funeral Home (604) 946-6040