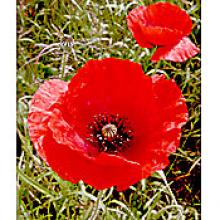 NORMAN JOHN CLEVELAND April 15, 1923 November 11, 2006 World War II Veteran, R.C.N.V.R. Norm passed away peacefully at the Health Sciences Centre, following complications from surgery. He is survived by his wife of 55 years, Madeleine (nee Blight); son John; daughter Barbara; grandsons, Thomas and Theo, and brother-in-law Jack Nordquist. Norm was predeceased by his infant son, William Michael; father Orval; mother Miriam, and sisters, Anne and Katherine. He was also predeceased by his Uncle Sam and Aunt Harriet Clark of Detroit, Michigan. Norm was forever grateful to them for opening their home to him following his father's death. For four years he flourished under their love, friendship and guidance. Norm graduated from Gordon Bell High School in 1942. He served as a Lieutenant on the HMCS Trillium for the Royal Canadian Navy during the Second World War. Following the war Norm adventured with his Uncle Arch, sailing the Pacific coastline. He completed his Bachelor of Commerce degree at the University of Manitoba in 1952, where he and Madeleine lived in Vet's Village. He is an alumni of Phi Kappa Pi. Norm worked for Investors Syndicate as the editor of their publication, The Investor. Norm enjoyed longstanding memberships with the Grain Exchange Curling Club, Niakwa Golf and Country Club, Manitoba Historical Society, Manitoba Naturalists' Society and the Rare Bird Alert. Norm co-authored the Birder's Guide to Southeastern Manitoba , and was delighted to squire visiting birders to his favourite spots. For many years Norm loved his yearly trips to Central and South America to bird and tour ancient ruins. Anyone who knew Norm was subjected to his puns! We know he will be missed...we're not sure about the puns! We would like to express our sincere thanks and gratitude for the care and special kindness given by ward 2D, S.I.C.U., and especially M.I.C.U...God's earth angels. Bless you all. To Don, Bonnie, Melissa, Francie and family - thank you for your tender love and care of my parents...Barb. At Norm's request, cremation has taken place and there will be no service. No tree was sacrificed as per his directive! Donations in Norm's memory may be made to the: Manitoba Wildlife Rehabilitation Organization, P.O. Box 49, Glenlea, MB, R0G 0S0, or the charity of your choice would be very much appreciated. No flowers please. I've heard said that when you get to heaven, all the dogs you've ever loved will be there to greet you! Cindy, Bim, Lindy, Tinker and Tippy are waiting. The Coutu family in care of arrangements: E.J. COUTU CO. FUNERAL DIRECTORS 680 Archibald St. 253-5086