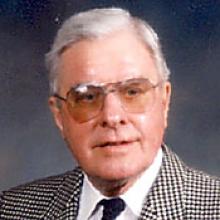 JAMES A. HILLMAN, C.A. Peacefully at St. Boniface Hospital on March 26, 2007, James Arthur Hillman, aged 87 years. His loving wife Eleanore predeceased him in 1993, his sister Evelyn (Ron) in 1988, his brother Frank (Win) in 1999, and his niece Coralie (Brian) in 1992. He is survived by his daughter Jane from Ottawa and son Jim from Montreal, and also by his very best friend and companion in later years, Beverly Ann Scott of Winnipeg. Other surviving members of his family include Lesley and Bruce Campbell and their extended family including the Lawrences, and Doug and Gordon Hillman and their families. He is also survived by Shirley Dalzell, a close family friend and source of great strength and support during Eleanore's long illness, Celine Meunier, her daughter Katia and granddaughter Mathilde, and Scott, sons, Peter (Sue), Tim (Shauna) Andrew (Leisa) and their families. As well, Jim had many loyal friends. He was born in Winnipeg in 1919 and attended Mulvey and Gordon Bell schools. After a brief stint as office boy with The Western Trust Co. he entered chartered accountancy in 1938, graduating first in his class in 1942. He spent one year with P.S. Ross and Sons in Montreal to complete his term of articleship, and returned to Winnipeg as a partner of Laird, Sprague and Co. In 1951 he joined the Great West Life Assurance Company, and apart from a fifteen-month term in 1974-75 on loan to the Federal Department of Finance in Ottawa, he completed his business career entirely with Great West Life, retiring as Vice-President and Controller in 1983. He was active in community affairs, and served the Canadian Red Cross Society, St. John's College, Crescentwood Homeowners Association, was President of the National Office Management Association, the Manitoba Heart Foundation, the Canadian Heart Foundation and Chairman of the Winnipeg Foundation. He was a member of the Institute of Chartered Accountants, St. George's Anglican Church, the Manitoba Club and St. Charles Golf Club (handicap 28), the 78th Fraser Highlanders and the Boys of Friday. Jim spent many happy years with his family on Brightwater Island on the Lake of the Woods. In accordance with his wishes, cremation has taken place. A memorial service will be held on Saturday, March 31, 2007 at 3:00 p.m. at Chapel Lawn Funeral Home, 4000 Portage Avenue. If friends so desire, in lieu of flowers, donations may be made to the James and Eleanore Hillman Memorial Fund of the Winnipeg Foundation, C/O 1350 One Lombard Place, Winnipeg, MB R3B 0X3, (204) 994-9474, info@wpgfdn.org Arrangements entrusted to: Chapel Lawn Funeral Home 885-9715