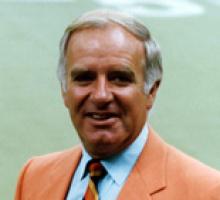 DONALD RAE WITTMAN On Saturday, January 19, 2008, Donald Rae Wittman passed away peacefully with his family by his side. Don was born in Herbert, Saskatchewan on October 9, 1936 to George and Edith Wittman. In 1961, Don moved to Winnipeg to continue his broadcasting career, starting a long-standing relationship with CBC. While in Winnipeg, Don met his wife Judy whom he married in 1966. Together they raised three children, Karen, Kristen and David. Don was predeceased by his father George and brother Terry Chambers. He will be lovingly remembered by his wife Judy; daughter Karen and her daughter Katie; daughter Kristen, her husband Wayne and son Andrew; and son David and his wife Sharon. He is survived by his mother Edith, brother Rob Chambers, his wife Dorothy and their children Christopher and Erin; his sister Gail and her husband Tim Delaney; and sister-in-law Wendy Chambers and her daughters Catherine and Jennifer. Don's passions in life were his career in broadcasting, golf and, above all, his family. A devoted husband, father, and grandfather, he was larger than life. He will be remembered for his humour, warmth, compassion and zest for life. He lived with dignity and grace and provided encouragement, inspiration and unconditional love. He will be profoundly missed. The family wishes to thank friends, colleagues and fans for their tremendous support. We also wish to thank all his physicians together with the staff at CancerCare Manitoba and Riverview Health Centre. In lieu of flowers, donations may be made to CancerCare Manitoba, Riverview Health Centre or the Don Wittman Scholarship Fund for Journalism care of Kristen Wittman at Taylor McCaffrey LLP. Funeral services will be held on Tuesday, January 22, 2008 at 2:00 p.m. at Baptist Memorial, 877 Wilkes Ave in Winnipeg. Arrangements entrusted to: Chapel Lawn Funeral Home 885-9715