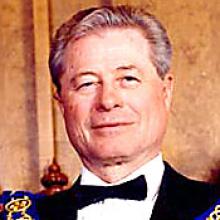 JOHN MICHAEL REID Unexpectedly, on Wednesday, February 6, 2008, John Reid died at the age of 72 years. John was predeceased by his wife Betty, and his father Nick Peniak. He is survived by and will lovingly be remembered by his mother, E. Pearl Reid (nee Challenger), who turns 100 later this month, his son Keith Douglas Reid, his daughter Lisa Megan Hirayama (Brennan), and his beloved granddaughter Isabella; his brother William Allan Reid (Helen) of Vancouver, his sister Jean Klassen of Winnipeg, his mother-in-law Mary Glover, as well as many nieces, nephews, and friends. John was born on September 22, 1935 in Edmonton, Alberta. His father, Nick Peniak, died when John was nine years old. He was legally adopted by his new dad, Peter Reid, after the Second World War in August, 1945. Peter was a Captain at Camp Wainwright in Wainwright, Alberta. The family then moved to Winnipeg. During his 42+ year career, John kept lives safe every day as an air traffic controller. He began controlling in the Regina Control Tower in 1954, having graduated from the first unit of air traffic controllers ever trained. He moved to the Saskatoon Control Tower in 1955, where he remained until 1958, when he permanently moved to the Winnipeg Area Control Centre. John finished his career teaching air traffic control to the new students coming out of Cornwall. He retired late, at 60 years of age. Throughout our lives, our Dad would phone us to warn us of the weather and road conditions, since weather was a prime concern in his line of work. Following the death of his wife Betty in 1979, John kept busy by devoting much of his time to the Freemasons of Manitoba. He poured his heart and soul into Masonic work, becoming the youngest Worshipful Master of Sturgeon Creek Lodge #145 in 1980. He became Grand Master of the Grand Lodge of Manitoba in 1999/2000 and was also involved in Scottish Rite, the Shrine, and the Order of the Eastern Star. John believed wholeheartedly in both the fraternal and charitable nature of these organizations, and was more than proud to be a member. He especially enjoyed the camaraderie of taking trips to visit other Lodges in Manitoba, Saskatchewan, and the United States. John's other passion was his cottage at Grand Beach, MB. He would often go every weekend, year round. When his Masonic duties lightened in the summer, he would go for long periods. He loved to putter around doing yardwork, reading, taking walks and taking pictures, visiting friends, and doing Masonic work on his laptop. John also loved all things electronic and could usually be seen wielding the latest camera equipment, whether on the boardwalk at Grand Beach, or strapped to his shoulder while downhill skiing. Our family had the first Atari and the first Commodore 64 on the street. Even at 72, he was a man of the times, with his laptop and Blackberry. Our Dad was a most honourable man, always conducting himself with the outmost in class, grace, diplomacy, and dedication. He was so kind and gentle, and he loved to be able to help anyone when they needed it. He was extremely personable, and so well liked, he left his mark wherever he went. He was most proud of his role as Grandpa Reid to his one and only granddaughter. He was supposed to accompany her and her parents to Costa Rica yesterday. He was looking forward to some babysitting duties. We love him more than these words can convey. He lived his life to the fullest, never slowing down even when we asked him to. Through all of life's adversities, he faced every challenge with determination. He was the driving force in keeping all our family members in touch with one another. He was our foundation, and he will truly be missed. Viewing will be held on Monday, February 11 at Neil Bardal Inc. 984 Portage Ave., (Aubrey Street entrance) from 7:00 to 9:00 p.m. A service to celebrate Jack's life will be held at 1:00 p.m., Tuesday, February 12 at Sturgeon Creek United Church, 207 Thompson Drive. In lieu of flowers, donations may be made to the Masonic Foundation, 420 Corydon Avenue, Winnipeg, Manitoba, R3L 0N8, or to CancerCare Manitoba Foundation, P.O. Box 2248, Winnipeg, R3C 4A6. NEIL BARDAL INC. 949-2200 nbardal.mb.ca