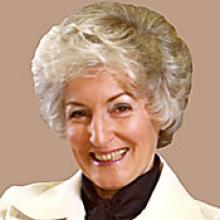 NORMA HEENEY (NORMA PRICE) (nee KILLEEN) Norma Heeney beloved wife of John passed away peacefully on February 24, 2008 at Victoria General Hospital. Norma was born in Winnipeg on August 19, 1920. Norma finished her primary education at the Immaculate Conception parochial school and completed her education at St. Mary's Academy. Norma started in the hospitality business at the Viscount Gort Hotel in Winnipeg. She quickly rose to become the first woman in Canada to be a General Manager of a major hotel. She later moved to the International Inn where she was the Sales and Public Relations Manager for ten years. Norma was as a Provincial Progressive Conservative MLA in 1977, she was the only woman elected to the legislature in 1977 election, only the sixth woman ever elected to the legislature, and only the second female Cabinet Minister in the 111 year history. She was Premier Sterling Lyon's Minister of Labour and latterly the Minister of Tourism, Culture and Historic Resources. In the 1970s Norma switched careers, working for the Sun Life Assurance Company as an underwriter. She was instrumental in having Sun Life's human resource manuals revised to make them gender neutral. Norma found time to give back to her Winnipeg, of which she was a strong supporter. She was Chairman of the home visiting program for the Prison Chaplain's Volunteers for ten years helping federal prisoners manage their relationships while they were in prison. She donated generously of her time for the United Way, Meals on Wheels and various church fundraisers. Norma received numerous awards in her life including one of the Women of The Year awards in 1977 presented by the YWCA. She also was honored in 1996 as one of the first inductees in the Women Business Owners of Manitoba Hall of Fame. Along the way she became a very good golfer, regularly shooting in the nineties with the odd trip into the eighties. By the end of her golfing career she had scored three holes in ones. Although Norma touched many people during her busy career and charitable works her love and dedication towards her children was her first priority. Norma is lovingly remembered and admired by John, her husband of 26 years. She is survived by her three children, Linda, Randy (Marie) and Donna and step-daughters, Jacquelyn and Jocelyn. She will also be missed by her five grandchildren Lisa, Jay, Greg, Brett and Blake and her five great-grandchildren. A funeral mass for family and friends will be held Thursday, February 28 at St. Paul the Apostle Church, 2400 Portage Avenue 10:30 to 11:30 a.m. A celebration of her life and reception will be held at 12:00 Noon in the church hall. In lieu of flowers donations can be made in her name to the Heart and Stroke Foundation, 200-6 Donald St. Winnipeg R3L 0K6. LECLAIRE BROTHERS in care of arrangements; 775-2220.