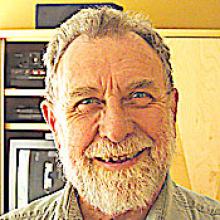 WILLIAM JAMES TURNOCK May 17 1929 - April 5 2008 On Saturday, April 5, Bill passed away at the Health Sciences Centre. He will be greatly missed by his wife Betty, sons Jim (Laura), Dave and Bob (Kelly Wyatt), and grandchildren Andrea and Liam. Also left to mourn are his brothers Allan (Allie), Roy (Kitty) and nieces Kathy (Derry Thomas) and Liz (Jeri Appier), brothers-in-law Charlie Hart (Lorraine), Lawrence Hart, sisters-in-law Annie Vialard (Gaston), Florence Hart, Virginia Hart, Ada Hart, and many nieces, nephews, cousins, friends and colleagues. Bill was the eldest son of Charles W. and Harriet Sims Turnock. He was born in Winnipeg and raised on McAdam Avenue in the North End, attending Luxton School and then graduating from St. John's High in 1946. He received his B.Sc. Agr. from the University of Manitoba in 1949 and went on to to complete his M.Sc. in Entomology and Forestry (1951) and Ph.D in Plant and Animal Ecology (1957) at the University of Minnesota. He had a distinguished career with the Canada Department of Forestry and Agriculture and Agri-food Canada conducting and leading research into biological and integrated pest control in Canada, The Netherlands, and Great Britain, as well as a term as Science Adviser to the Minister of State for Science and Technology. He led or was part of Canadian missions to the USSR, Brazil, China, and the UNESCO programs; Man and the Biosphere, and the Conference on Economic Development and Human Survival. He served professional societies in various ways, including managing boards, editorial functions and as President of the Entomological Society of Canada and the Entomological Society of Manitoba. He was a member of Trinity United Church since 1973 and over the years served on the Church Board and various committees. He was also active on the Manitoba Environmental Council (1973-2000), Friends of the Delta Marsh Field Station, and a member of the Prairie Garden Magazine Editorial Committee. His humor, intellect, and outspoken nature had a lasting impression on those that he met, both personally and professionally. He retired in 1993, continued writing and editing research papers, and was able to devote more time to his family and hobbies. Bill was interested in everything, gardening, woodworking, reading, curling, and travel were only the beginning as his interests were wide ranging and occasionally eccentric. Bill approached life with curiosity and a sense of humor that he shared with his family and friends. Through him his sons learned the value of knowledge, the importance of family and friends, and that life was to be enjoyed. The family would like to thank Dr. D. Houston and Barbara Hues of CancerCare Manitoba, and the staff of the GD 5 Unit at the Health Sciences Centre. Your compassion and professionalism have helped us through these last few months. A memorial service will be held at 10:30 a.m. Saturday, April 19, 2008 at Trinity United Church, 933 Summerside Ave., Winnipeg. In lieu of flowers a donation to CancerCare Manitoba Foundation Inc., 675 McDermot Ave., Wpg. Mb. R3E 0V9, Friends of the Delta Marsh Field Station, c/o The Faculty of Science, University of Manitoba, Winnipeg, MB., R3T 2N2, or the Trinity United Church Memorial Fund would be appreciated.