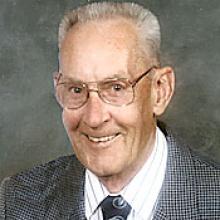 JAMES STEWART ASPLIN HASTINGS Peacefully on April 15th, 2008 Jim Hastings passed away at the age of 71 with his family at his side. Left to cherish his memory are his wife of 48 years Alice, two sons Neal (Michelle), Adam (Louise), daughter Crystal Caron, grandchildren Joshua, Justin, Jacob, and Stephanie, sister Marguerite Blumm, sisters and brothers-in-law Manda Porter, Joan and Harold Penner, Mary Juras, Hazel and Al Buchanan Jim was predeceased by his parents Alvin and Florence Hastings, mother-in-law Kathleen Porter, two sisters Joan Escott, Sandra Dalton, son-in-law Bob Caron, and brothers-in-law A.E. (Bud) Porter and Ray Blumm. Born on July 28, 1936 in Portage La Prairie, Jim moved to Winnipeg in 1942 and worked jobs in garages and delivery trucks. In 1953 he started his career as a locomotive engineer with CN. He retired in 1993 and spent a lot of time travelling, camping in St. Laurent, volunteering with Riverview Health Centre and Windsor Park United Church. A memorial service will be held on Saturday, April 19th at 2:00 p.m. at the Windsor Park United Church, 1062 Autumnwood Drive. In lieu of flowers, donations can be made to CancerCare Manitoba, or the Windsor Park United Church Memorial Garden Fund. The Coutu family in care of arrangements: E.J. COUTU CO. FUNERAL DIRECTORS 680 Archibald St. 253-5086