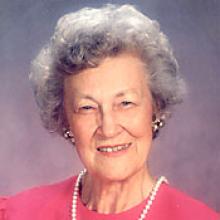 ADELENE ISIDOR SMITH (nee Manness) Peacefully, after a lengthy confinement following a debilitating stroke in December 2003, Adele, aged 93 years, passed away on Sunday, April 13, 2008, at Riverview Health Centre. Predeceased by her husband, Frederick Joseph in 1970, infant son Donald Frederick, grandson Deven Bahans, parents, Alfred and Inger Manness, sister Doris Magarrell and brother Donald. Left to cherish her memory are Winston (Kathleen); Ronald (Judy); Beverley Bahans; Dennis (Margo); --- nine grandchildren, Andrea (Pierre) Bedard, Ian (Sharalee), Colin (Micha), Byron, Shannon, Sheila (Jason) Long, Pamela, Logan and Veronica; seven great-grandchildren; sisters Florence Carswell, Shirley Cole; brother, Sidney (Helen) Manness and; sister-in-law Gladys Manness; and numerous nieces, nephews and cousins. Adele was born in Winnipeg February 18, 1915, raised and educated in Domain and Winnipeg, graduated from Kelvin High School and received her teacher's certificate from Normal School. After teaching at Shanawan and Osborne Schools, although she remained a farm girl at heart , Adele moved to Winnipeg and, while working for United Grain Growers, met her future husband. In 1940 she married Fred and enjoyed 29 years of marriage. In 1969 they moved to Victoria, BC for a short time until Fred's terminal illness necessitated their return. For many years, Adele was a successful realtor and also worked at Vita Health where she shared her comprehensive knowledge of vitamins and health foods. Adele always had a keen interest in her roots , undertaking considerable genealogical research with her sister, Doris, travelling across North America and to Jersey Island to trace family lineage. Her research was instrumental in the publication History of the Manness Family 1785-1985 . Adele led by example and had strong beliefs that she wasn't afraid to express. She made a lasting impact on whomever she met, whether they were her students, relatives, friends, her children's friends, or, members of the numerous organizations with which she was associated. She was a founding member of the Reform Party of Canada, the Intrepid Society, a member of the Monarchist League of Canada and the Commonwealth Society of Canada. She was an active volunteer with the Prayer Book Society, various Church groups, Canadian Bible Society, the Guild of Health, a Literacy Program and was also a Sunday School teacher for 25 years. In April 2003, Adele was honored to receive the Queen's Golden Jubilee medal presented by The Honourable Peter Liba, Lieutenant-Governor of Manitoba. Adele was a devout Christian and a longstanding member of St. Aidan's Anglican Church. Special thanks to the staff at Riverview Health Centre for their support and care. A celebration of Adele's life will be held on Saturday, April 19th at 11:00 a.m. at St. Aidan's Church, 274 Campbell St. Pallbearers are: Dr. Joe Meek, Stuart Manness, Ron Manness, Kent Magarrell, Vernon Cole, Ian Smith, Colin Smith and Byron Smith. Following a reception in the Church lower level, interment will be at Chapel Lawn Cemetery, 4000 Portage Ave. In lieu of flowers, donations may be made to World Vision, St. Aidan's Church or Riverview Health Centre Foundation. Mother, we will miss you. But we will never forget you! Life stories may be shared with friends and family across the globe at www.mem.com THOMSON FUNERAL HOME 669 Broadway~783-7211 www.thomsonfuneralhome.com