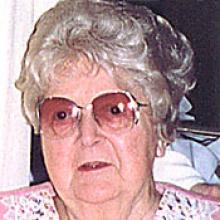 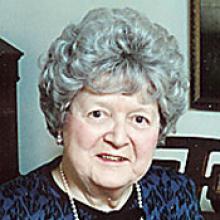 MYRA DAVIDSON On January 29, 2008 after a lengthy illness, Myra Davidson, aged 92 years of Winnipeg passed away at the West Park Manor Personal Care Home. She was predeceased by her husband Harold Davidson, her mother Ethel Whatford (nee Tallis), and brother Jack Whatford. Myra attended Earl Grey and Kelvin High School and prior to her marriage, she was employed by the Royal Bank of Canada for 11 years and Hudson Bay Mining and Smelting Co. Ltd. Myra was a former member of the Beta Sigma Phi and the Charleswood Golf Club. She was past Chairman of the Toastmistress Canadian Council No. 1. In 1957-1958 Myra was the winner of the public speaking competition for the Winnipeg Toastmistress Club Canadian Council No.1 (two years in succession) and a finalist in the International competition held in San Francisco. In later years she participated as a Judge for the Toastmistress Public Speaking Competitions held in Winnipeg. After the death of her husband in 1959, Myra was employed by the U. of M. Faculty of Medicine for over 20 years and worked in an executive capacity for Dr. Colin Ferguson, Professor, Medical College. She latterly worked for Dr. Robert Tucker, Orthopedic Surgeon, Dr. R.M. Letts, Dr. Garth Johnson, Dr. Frank Duerksen and Dr. Donalda Huggins at the Health Sciences Centre until her retirement in 1980. Myra was known as Mother D to many of the young interns and students at the Medical College and Health Sciences Centre in the 1960's and 1970's. Myra was a descendent of the Thomas Tallis Family of England and throughout her life she was profoundly fond of classical music and enthusiastically supported the W.S.O for over 30 years. She studied piano for 10 years and pipe organ with Barry Anderson for another 10 years until her declining health prohibited further participation. Myra was a former member of the Royal Canadian College of Organists and played the organ for many church services in Winnipeg, including Westminster United where she was a long time member. Myra will be sadly missed be the Tallis family (Sandra and Dick Bearden, Norma, Brian, Betty, Calvin and Dorothy, Pat and Inez, Harold and Bonnie), Elsa and Ross Snider and many friends including Mildred and Lorne Steenerson, Dr. Frank Duerksen and Annie, Marge Robinson and especially missed by her chosen daughter of over 40 years and caregiver, Mary Ann Taylor. Heartfelt thanks are extended to ALL STAFF at Westpark Manor for their extraordinary care, compassion and Christian love. Also special thanks to Head Nurse Beth, and nurses Janet, Sharon, Conchita, and Tim for their special care, unfailing understanding and dedication. In accordance with Myra's wishes, cremation has taken place and a Memorial service will be held at Westminster United Church, Westminster and Maryland, on Saturday, May 3, 2008 at 11:00 a.m. If friends so desire, donations can be made to the West Park Manor Personal Care Home or Westminster United Church. THOMSON FUNERAL HOME 669 Broadway~783-7211 www.thomsonfuneralchapel.com Life stories may be shared with friends and family across the globe at www.mem.com