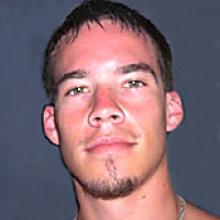 TIMOTHY RICHARD MCLEAN JR. Will be deeply and eternally missed by his parents Tim Sr. (Bim) and Carol, Nadine and Tim, sisters Amanda (Tom), Vana (Dave), Jade, Katie (Brad), brothers Kendall (de Delley), Donald, and his only precious niece Ayla Lilly. Along with his enormous extended family of grandparents, aunts, uncles, cousins and the many friends he made along the way. Tim was born on October 3, 1985 at Victoria General Hospital. He grew up both in Winnipeg and Elie with more family than he could shake a stick at. Tim was very active. He loved soccer, football, motorbikes, and generally anything that would get him into dirt and trouble. He could always bring out the best in people with his charm and never tired of pulling pranks. Tim's appetite was legendary, both for food and life. He could never stand still, there was a whole world to see and everywhere he went, he brought light and joy. From your first breath you were loved beyond imagination, and although you were taken from us too quickly, we will never say goodbye, but for now see ya later . You will be carried in our hearts, minds and souls. In lieu of flowers the family is requesting donations may be made in Timothy's memory to TD Canada Trust or mailed to TD Canada Trust, 6630 Roblin Blvd., Winnipeg, MB, R3R 1X1. The funds received will be donated to a cause or causes that were dear to Timothy's heart, the family will publish where the funds have been distributed at a later date. A celebration of life will be held Saturday, August 9, 2008 at Westwood Community Church, 401 Westwood Drive at 4:00 p.m. You will forever be JokAWiLd CHAPEL LAWN 885-9715