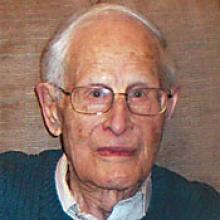 HENRY VERNON FREY HUME The family sadly announces the passing of Henry, dearly loved father, grandfather and great-grandfather, on January 5, 2009, at St. Boniface Hospital. He leaves to mourn his passing Judy and Allan Cameron, of Ottawa; Sheila and Fred Bailey, of Winnipeg; Edward and Karen Hume, of Winnipeg; Vernon and Carol Hume, of Calgary; 13 grandchildren and seven great-grandchildren. His brother Wilbert and wife May Hume; sister-in-law Verna Hume and many nieces and nephews and their families, also, survive him. Henry is predeceased by his wife Valerie; his parents, Ed and Amy Hume; his siblings, Elmer, Verl, Robert, Alice, Edith and Kenneth. Henry was born in Carlyle, SK area and spent his early years on the family farm. He graduated from Alameda High School and went onto Teachers College in Regina. Over the next 3 years, he taught in three country schools before enlisting in the Air Force in 1943. While training he met Valerie in Moncton, NB. They were married in Winnipeg in 1946. They moved to Saskatoon, SK where he attended the University of Saskatchewan and graduated with a degree in Engineering. On return to Winnipeg in 1950, he worked for Manitoba Institute of Technology (MIT) and Red River Community College (RRCC) until he retired in 1982. During his early years, while working for RRCC, he completed his Bachelor of Education degree. Henry was a very loving father, grandfather and great-grandfather, who cared deeply for his family. In lieu of flowers, donations can be made to the Manitoba Heart and Stroke Foundation, Suite 200 - 6 Donald St., Winnipeg, MB, R3L 0K6 Funeral service will be held on Saturday, January 10, 2009 at 2:00 p.m. with viewing one hour prior at Westwood Community Church, 401 Westwood Drive. Chapel Lawn 885-9715