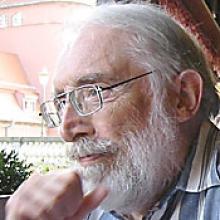 W. GORDON DODDS We are very saddened to announce the passing of Gordon Dodds - husband, father, grandfather, and former Archivist of Manitoba - from gallbladder cancer on Saturday, June 19, 2010 in Comox, BC. Gordon was born in 1941 at Newcastle-upon-Tyne, England, the city where he spent his early life. After obtaining B.A. and M.A. degrees in History from Durham University, Gordon arrived in Canada in 1965 to study and teach at Simon Fraser University in its first year. He met his future wife, Marietta, after coming to Ottawa in 1966, and they were married in December of that same year. Gordon and Marietta began their life together by moving to England in 1967, but returned to Canada in 1971. Gordon spent his professional career advancing archival practice, education, and government record-keeping in Manitoba and across Canada. He taught history and archival studies courses at various levels, including secondary schools in England, at Simon Fraser University, Algonquin College in Ottawa, the University of Western Ontario, the Public Archives of Canada (now Library and Archives Canada) and most recently, in the Archival Studies program at the University of Manitoba. He was a founder and then first president of the Association of Canadian Archivists, and an editor of the leading archival academic journal, Archivaria . After completing an MLS degree at the School of Library and Information Science at the University of Western Ontario in 1972, Gordon began his career at the Ontario Archives, before joining the Public Archives of Canada. Moving to Winnipeg with his family in 1981, Gordon enjoyed 25 years at the Archives of Manitoba, becoming the Archivist of Manitoba in 1998 before retiring to Qualicum Beach, BC in 2006. Among his many accomplishments as Archivist of Manitoba, he successfully piloted new legislation for the Government of Manitoba and gained international recognition for the Archives of Manitoba's constituent Hudson's Bay Company Archives in the UNESCO Memory of the World Register. Gordon contributed to many publications in archival studies, including Imagining Archives: Essays and Reflections by Hugh A. Taylor (2003, edited with Terry Cook), and co-authored several books in pictorial history: Tyneside Classical (1964, with Lyall Wilkes), A Picture History of Ontario (1978, with Roger Hall), Canada: A History in Photographs (1981, with Roger Hall), and The World of William Notman (1993, with Roger Hall and Stanley Triggs). To all who knew him, Gordon was recognized as intellectually gifted, an exceptional writer, and passionate about his life's work. Above all else, Gordon will always be remembered as an unusually warm-hearted, gentle and caring man, completely devoted to his family and loyal to his many friends. He is deeply missed by those closest to him. He leaves his wife Marietta, children Michelle (Suzette) and Stefan, granddaughter Yzabella, sister Jenifer, brother-in-law Douglas, and many nieces and nephews in the U.K. and North America. The interment of Gordon's cremated remains will occur at the Lakeview Cemetery in Madoc, ON. A memorial is being planned to take place in Winnipeg, MB, on or around the first anniversary of his death.