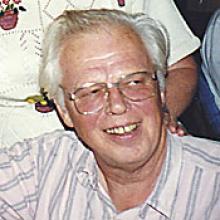 GEORGE WILLIAM TURNLUND October 29, 1931 September 10, 2010 On Friday, September 10, 2100 George Turnlund, formerly of Winnipeg, died at his home in Minster, Thanet, Kent England. George was born in Winnipeg, the only son of Martin and Sigrid Turnlund. He began his study of the violin while in elementary school. During his high school years he was concert master of the Manitoba Schools Orchestra. He continued his studies with John Konrad and Richard Seaborn, becoming a member of the Winnipeg Symphony Orchestra while Walter Kaufman was the conductor. In 1955 he decided to continue his studies at the Royal Conservatory of Music in London, England, first on the violin and later the viola. Upon completion of his studies he joined the London Symphony Orchestra and was a member for over 20 years. His work over the years included travel to many other parts of the world. He felt fortunate to be able to work at something he enjoyed doing so much...making music. George is survived by his wife Pam, sons Martin and Rutledge and daughter Sigrid, as well as grandchildren Jansen, Kurt, Katja, Isabella, Esther, Wolfgang, Max and great-granddaughter Layla. George made many visits back to Winnipeg over the years and in Canada is survived by his sisters Elna Broddy, Sally Durnin, Florence Overgaard, their families; and his longtime good friend Keith Ryan. A private family service was held September 23, 2010 in England. Kjaere Gud jeg har det godt Takk for alt som jeg har fatt Du er snill du holder av meg Kjaere Gud ga aldrig fra meg. Amen.