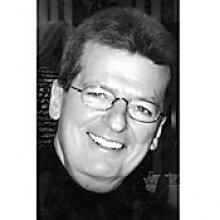 BRUCE JAMES WAUGH It is with deep sadness that we announce the peaceful passing of our beloved husband, Step-Pops, Papa, Brother and Gruncle on March 28, 2011 after a courageous battle with cancer. He will be sadly missed and lovingly remembered by his wife Lorrie, children John Copsey (Cindy Good) and Robin Kilmury (Michael), grandchildren Matthew and Emma Bonne and Sara Copsey, sister Marcie Waugh, sister-in-law Joan Wilton, niece Holly Arabsky (Ryan) and their children Kate and Eric, nephew David Brathwaite (Stephanie) and their children Hayley, Pippa and Deaglan and nephew Dean Brathwaite (Jae-Lynne) as well as Michael's children Caslyn and Brady, Cindy's son Nicholas, dear uncle and aunt, Fred and Dorothy Waugh and aunt Frances Fasken as well as numerous cousins. Bruce was born on December 26, 1941 in Winnipeg and predeceased by his parents Jack and Irene Waugh. Bruce worked for Air Canada for over 34 years. Upon retirement he worked as a funeral attendant for Dignity Memorial, a position for which he was well suited with his kind, charming and gentle personality. Lorrie and Bruce travelled extensively over the years but their favourite holiday was taking dear Matthew and Emma to Disneyworld. His favourite times were spent with family and friends and many fun-filled and memorable summers were spent at Whytewold Beach. A Celebration of Bruce's life for family and friends will be held on Friday, April 1, 2011 at 2:00 p.m. at Thomson In the Park , 1291 McGillivray Blvd. If friends so desire, Memorial Contributions may be made to CancerCare Manitoba, 109-675 McDermot Ave., Winnipeg, MB R3E 0V9. THOMSON IN THE PARK 925-1120 Condolences may be sent to www.thomsoninthepark.com