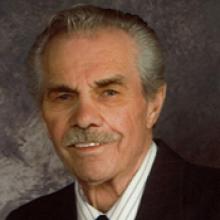 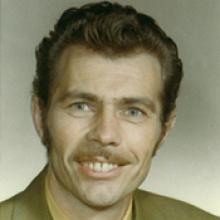 MICHAEL KIEDYK 1933 - 2011 In Loving Memory Michael Kiedyk, beloved husband of Betty passed away on Tuesday, November 15, 2011. He will be sadly missed and leaves to mourn his passing his wife Betty, son Barry, daughter Donna and her husband Shawn, brother Bill, sisters Emilie and Jeanette, many nieces and nephews, as well as other family and friends. Michael was predeceased by his mother in 1968, his father in 1975, sisters Annie in 1990, Pauline in 1996, Mary in 2000 and Olive in 2004. Michael was born on February 20, 1933 in Fisher Branch. He grew up helping in his father's blacksmith shop and received his early education. In 1951, he left Fisher Branch to attend Grade 12 at Isaac Newton in Winnipeg. He continued to university and graduated in Education from Brandon University. After a couple of years in rural areas as Principal at Medora and Isabella, he returned to Winnipeg in 1958 as Principal of St. Andrews School. That same year Michael met Betty and they were married on July 11, 1959. During the following years Michael obtained his B.Sc., B.Ed. (Administration) and Principal's Permanent Certificate. He was the first President of The Lord Selkirk Principal's Council. He participated in local and provincial task forces and committees. In 1978 Michael transferred to Selkirk Junior High School where he taught Math, Science, introduced EBS and computers into the classroom. After 30 years of dedication to education he retired in 1988. He embarked on his new career in real estate and to sales at Radio Shack. Michael enjoyed the outdoors, golfing, square dancing and travelling with family in the USA and Canada. In their retirement, they enjoyed California, Venezuela, Hawaii, Florida, Arizona and Caribbean cruises. The family cordially invites you to a remembrance service and luncheon to follow at Provencher Community Church, 230 Provencher on Tuesday, November 22 at 2:00 p.m. Flowers are gratefully declined.