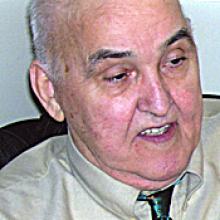 JOHN THEODORE JACOBSON It is with much sadness that we announce the passing of John Theodore Ted Jacobson on December 8, 2011. Leaving to mourn him are his wife Bev, children Tabitha (Jim), Doug, Debbie (Roger), Kimmie, Teddy, Mary (Angie) and Ritchie (Corrine). Grandchildren William, Alexis, Mycala, Chad, Warren, Jeffrey, Jillian, Sarah, Michael, Mark and great-grandchild Emma will miss him dearly, as well as special friends Joseph, Ruban, Heddy, Boots, and many others. John was born in Loyalist, AB on March 27, 1933. He came to Manitoba in 1955 where he began his long career as a skilled carpenter. His enjoyments in life were playing billiards, darts, golf and smoking a good cigar. He enjoyed his grandchildren, bird-watching and sharing many, many laughs with his wife Bev, their families and their friends. We wish to express our thanks to the home care workers and also to the very caring staff of GB3 ward of the Health Sciences Centre. Cremation has taken place, and no formal service is being held, but if friends and family so desire donations may be made in John's memory to either the Heart and Stroke Foundation of Manitoba or the Canadian Diabates Association.