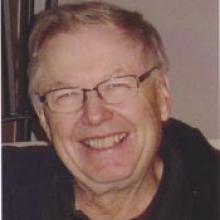 FRANK LOEWEN 1946 - 2012 It is with great sadness and a profound sense of loss that the family of Frank Loewen announces his sudden passing on Tuesday, January 17, 2012, at the age of 65. Frank leaves to cherish his memory wife Monica (nee Nedecky), the love of his life for 46 years and their two sons, Michael (Kassia), Jim (Jennifer), and grandsons Sammy and Marshall. He will be lovingly remembered by his brother, Aron (Elfrieda) as well as many nieces, nephews, extended family and friends. Frank is predeceased by his parents, Mary and Peter Loewen, Monica's parents, Victor and Emilia Nedecky, and brother-in-law, Peter Nedecky. Frank was born in Morden, Manitoba on May 22, 1946. Although Frank lived in Brandon and Selkirk for short periods of time in his youth, when his father was employed in those communities, the majority of his childhood and his entire adult life was spent living in Morden. During his youth, Frank gained a strong work ethic and learned many skills from his father, both of which later helped him and his brother to establish and build a well respected and successful construction business, Morden Concrete Works. Although committed to his business, he always made time to volunteer in the community. Frank coached minor hockey and minor baseball for many years, served on the Morden Minor Hockey Executive as a fundraiser and Referee-In-Chief, served on the Board of Directors at the local Credit Union, and supported the Minnewasta Golf and Country Club. Golf was one of Frank's many passions. In the summer, he spent mornings golfing with friends; these games were often preceded by visiting over breakfast. He also enjoyed many golf holidays to Florida and Palm Springs. Other passions of Frank's included hockey, baseball, football, gardening, creating Christmas light displays and many building projects. Frank was a lifelong learner; as an avid reader with varied interests, he was knowledgeable on many subjects most notably, politics, sports and investments. His enthusiasm and zest for life were contagious and impacted many. Frank loved socializing; he was a great listener and enjoyed a good conversation. Friendships were important to Frank and he always looked forward to daily early morning walks with a group of friends. Frank was a devoted family man. Over the years, he placed great value on planning family vacations, attending his sons' activities, and celebrating their accomplishments of which he was very proud. In the last three and a half years, he was blessed with two grandsons, the oldest of which he shares a birth date. Frank has taken much delight in watching his grandsons grow and spent many fun-filled hours playing cars and trains with them on the carpet, giving high-fives, hugs and kisses. Frank's family thanks God for the legacy of his love and the living example he gave them. He is remembered for his character, as well as for his value and belief that people should always do their best and pursue excellence in any circumstance. One of Frank's favourite sayings, when discussing efforts taken to complete a job or task was, No one will ever ask how long it took you . Frank's individuality, integrity, entrepreneurial spirit and confidence gave him a spark that always shone through. The family misses Frank, but they sorrow not as those who have no hope; they fully believe he has gone to a better place and that they will meet him again one day. Viewing will be on Friday, January 20, 2012 from 1:00 p.m. until 9:00 p.m. at Wiebe Funeral Chapel, 1050 Thornhill Street in Morden and at the church prior to the service. Funeral service will be held on Saturday, January 21, 2012 at 2:00 p.m., at St. Paul's United Church, 353 Thornhill Street, Morden. Interment to follow. In lieu of flowers, memorial donations can be made to Boundary Trails Health Centre Foundation, Box 2000, Station Main, Winkler, Manitoba, R6W 1H8. Wiebe Funeral Chapel, Morden In care of arrangements, 822-4755 www.wiebefuneralhomes.com