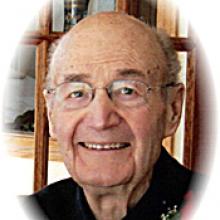 ORRIS (ORRIE) BURKE STEINBURG Orris (Orrie) Burke Steinburg, beloved husband of the late Connie Steinburg and the late Joyce Steinburg; father of Donna (Jack) Grassie, Diane (Ron) Hucal, Pattie (Mark) Campbell, Susan (John) Bothe, Sandy Opruk (Darcy James); passed away at the Hamiota District Health Centre, Hamiota, MB, on Saturday, April 28, 2012 at 85 years of age. A service to celebrate Orrie's life will be held at the Hamiota District Sports Complex, Hamiota, MB, on Wednesday, May 2, 2012 at 11:00 a.m. followed by a time of fellowship and refreshments. A service to celebrate Orrie's life and interment will be planned and held at a later date in Winnipeg, MB. For those so desiring, donations may be made in Orrie's memory the Salvation Army, 9 Princess Ave. E., Brandon, MB R7A 1R9 or 290 Vaughn St., Winnipeg, MB R3B 2L9; or to the Hamiota Golf Club, Hamiota, MB R0M 0T0. Messages of condolence and/or photos can be sent via his obituary at www.campbellfunearlhome.ca Campbell Funeral Home, Hamiota, MB is entrusted with arrangements. (866) 620-2744